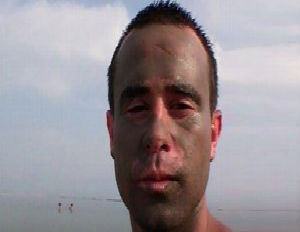 Sacha Drawta, Â a 26-year-old spokesman for the Israeli Defense Forces smeared mud on his face from the Dead Sea, took a photo, uploaded it on Facebook and captioned it “Obama-Style”

“You know this is racist, yeah?â€ one commenter wrote about the photo.

According toÂ ABC News, the outrage over Dratwa’s photo became so intense he restricted access to his page.

In response to someone on Twitter calling him a racist Sunday, Dratwa wrote, “I’m not a racist, please stop [spreading] lies about me.â€

Surprisingly Drawta is in charge of the IDF’s media desk, engaging with Israel’s supporters and detractors through social media.