'It Got Bad': LaLa Anthony Breaks Silence On Divorce From Carmelo Anthony 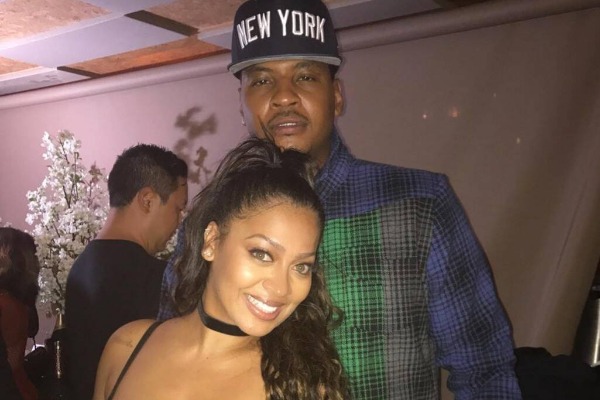 After years of being separated and dodging divorce rumors, LaLa Anthony finally opens up about her public split from Carmelo Anthony.

The actress made headlines when she filed for divorce from the NBA player in June, Page Six reports. However, she had yet to publicly address the divorce news until now.

LaLa appeared on The Angie Martinez Show on Monday and opened up about how hard it was to come to terms with the end of her 10-year marriage.

“After you’ve been through what I’ve been through, which was public and really hard, you do start feeling like that and you see how people become jaded and, you know, ‘Maybe it’s not for me.’ But I always want to stay positive,” she said.

The couple tied the knot in 2010 and share their 14-year-old son Kiyan Anthony. But, after years of infidelity rumors and a visible strain between the couple, LaLa finally moved forward with filing the paperwork in June, citing irreconcilable differences.

After giving the marriage her all, the 39-year-old Power star says she’s done with married life and doesn’t see herself doing it again.

“Marriage, I don’t think I can do that ever again. I mean, some amazing person would have to come. I don’t see that happening again. But I don’t know what God has in store for me.”

The couple had been on and off since April 2017, People reports. They reconciled in late 2018, but by July 2019, it was revealed that they had been living apart while LaLa sought out legal counsel.

She has been a booked and busy actress and public figure in the years leading up to their split. But LaLa isn’t weeding out the possibility of meeting someone else.

“I’m just living and taking care of my son, and whatever is supposed to be will be,” she continued. “I don’t try to put too much emphasis on it because then you start accepting anything because you’re like, ‘I don’t wanna be alone so I’m just gonna be with whoever, just have people around.’ I don’t have the time to just have random energy and people around.”

“I want it to be the right thing,” she added.