'It's Dr. Tiwa Savage From Now On': The Queen Of Afrobeats Receives Honorary Doctorate In Music 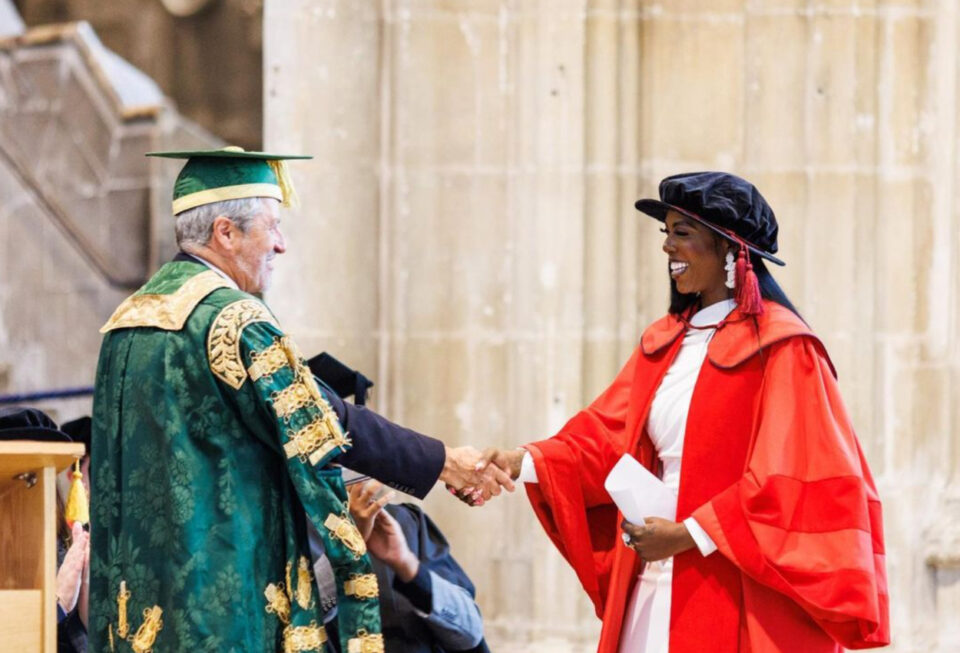 Dr. Tiwa Savage will see you now. The Queen of Afrobeats made a homecoming visit last week to her alma mater, Kent University in Canterbury, England, to receive an honorary doctorate for her fabulous music career.

The Kent Business graduate, Tiwatope Savage, who hails proudly from Nigeria, was awarded the prestigious commendation, which makes her one of 10 awardees in the institution’s history.

The award-winning Yoruba songstress has been a gifted musician since her teenage years, per a Kent University press release. Savage enjoyed playing the trombone in the school orchestra before she found her voice as a singer. Her wonder brought her to the church, where she eventually sang in the choir.

By the age of 16, Savage had a voice that captured the attention of various music industry heavy hitters. She provided backup vocals to Mary J. Blige, Andrea Bocelli, and Ms. Dynamite.

The honorary doctorate in music is a testament to Savage’s journey. After receiving her undergraduate degree in accounting from Kent, she spent a brief time working for The Royal Bank of Scotland before quitting to pursue her passion for music.

“Some call me queen, but it’s Dr. Savage from now on,” the “Somebody’s Son” singer proclaimed during her speech.

Savage turned up the realness after expressing her gratitude to the university, her family, and her friends. She shared humbling stories about the failures she endured throughout her life. Despite the setbacks, the new honorary degree recipient proudly listed her trailblazing accomplishments.

The 42-year-old mom, who now holds two degrees, delivered a message to the graduating class during her speech.

“My prayer is that you one day will stand like this addressing students because you too have gone out into the world and you’ve overcome and you never gave up,” she continued.