It's Going Down: Icons Chaka Khan and Stephanie Mills To Go Head-To-Head In Upcoming 'Verzuz' 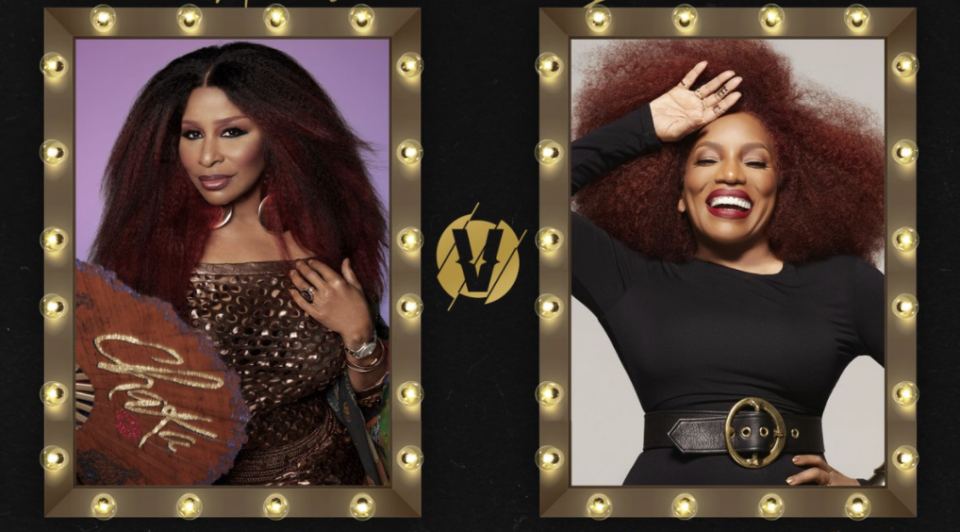 On November 18, the battle of the vocal divas is going down on Verzuz with legendary singers– Chaka Khan and Stephanie Mills.

Versus’s official Twitter account dropped the exciting news on Saturday night.  The upcoming showdown is touted as a “holiday special for the queens.”

“This special Holiday #VERZUZ is brought to you by #HallmarkMahogany. Use code Sign & Send™ to drop a handwritten note into a real Mahogany card this Holiday Season.”

This special Holiday #VERZUZ is brought to you by #HallmarkMahogany. Use code Sign & Send™, to drop a handwritten note into a real Mahogany card this Holiday Season. pic.twitter.com/x4enN0yfOL

In June, Mills appeared on The Breakfast Club and spoke about a potential Verzuz against Khan but claimed she was shut down by the competition’s organizers.

“But I wouldn’t do it now anyway,” she expressed to Charlamagne tha God.

Unbeknownst to the “Comfort of a Man” singer, conversations about the battle were brewing in the background. Mills’ manager approached the legendary vocalist and revealed that he and the Verzuz team arranged the shown down between her and the “I Feel For You” singer.

Luckily, she had a change of heart.

Although some folks called out their respective faves, reactions on social media to the upcoming battle were of excitement and respect.

When you reach this level of royalty it’s more celebration than competition pic.twitter.com/3HwuSb6EqB

Watcha Gonna Do with my Lovin
1979
Stephanie

Both ladies are amazing
❤️🎶💔

I’m bout to be in this Verzuz like…. Y’all think I’m playing!! pic.twitter.com/7lPHGL79oq

Both singers are icons in their own right. Mills’ career spans five decades, and Khan’s spans almost 50 years. Khan has been nominated for 22 Grammys and has won ten. Mills has won one and been nominated three times.

We’ll definitely be tuning in to this one.