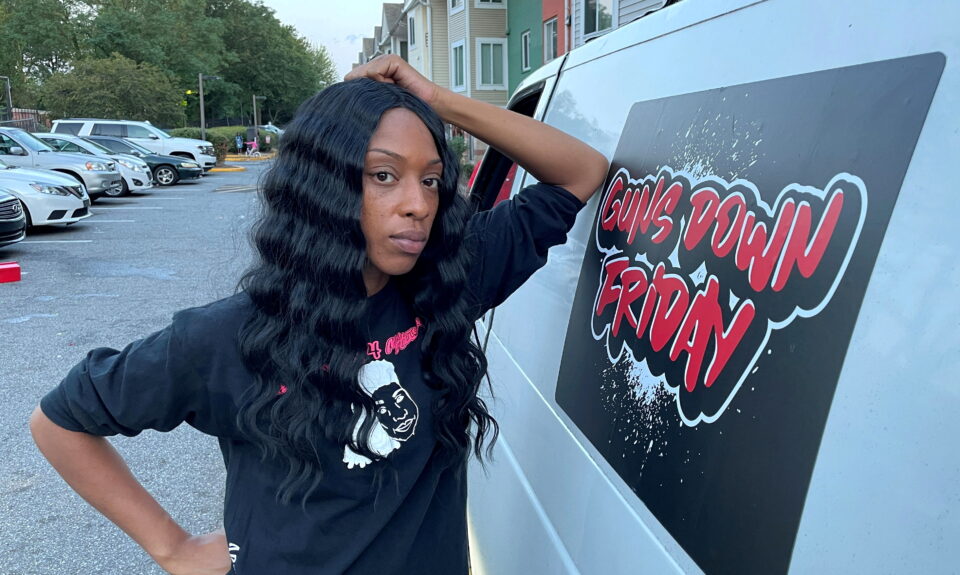 WASHINGTON (Reuters) – Davon McNeal was just 11 years old when he was struck in the head by a stray bullet at a Fourth of July cookout in Washington, D.C., last year.

Now, every Friday, community activist Jawanna Hardy visits the boy’s gravesite and the graves of other children who have lost their lives to gun violence.

“I sometimes feel so hopeless,” Hardy said, as she placed flowers and balloons and trimmed the grass around the headstones.

Like many cities across the United States, Washington has seen a spike in shooting-related deaths during the pandemic. Homicides were up 19% in 2020 compared to 2019, according to the Washington Metropolitan Police Department. This month’s data shows that the city has already clocked more cases than at the same time last year.

Nationwide, more than 5,100 children and teens were killed or injured by gun violence in 2020 – the highest number since the nonprofit Gun Violence Archive started collecting data seven years ago.

Frustrated by the senseless loss of life, Hardy, an Air Force veteran and now a 34-year-old high school English teacher, launched ‘Guns Down Friday,’ an outreach program to support neighborhoods plagued by gun violence – including the one she has lived in since childhood.

She has raised money for shooting victims’ gravestones, advocated for more streetlights, and trained people how to treat bullet wounds themselves.

After visiting the cemetery, she drives her van – adorned with photos of young gun violence victims – through the streets to greet youngsters.

“These are friends of these kids – so we just do all we can to show love,” Hardy said.

On a recent Friday, she arrived with water balloons.

“Put your guns down and pick your water balloons up!” Hardy cried through a megaphone as children outside an apartment complex in southeast Washington laughed and scrambled to drench one another.

She knows her Friday night street parties will not stop gun violence but hopes they can at least provide children a brief respite from the constant fear in which many live.

Hearing gunshots is all too normal.

“Down the street, just like two hours ago, (there were) three shots,” said 13-year-old Armani Chambers.

Rashad Bates, 12, said he knows exactly what to do if he hears shots being fired.

“Just ignore it. Don’t look out the window, because you never know if the bullet is coming toward your window,” he said.