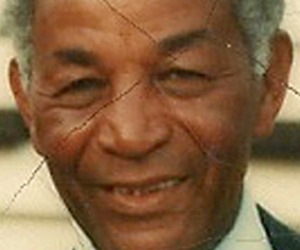 Ivan Vassall Sr., 96, who operated the first black-owned auto dealership in Philadelphia, died November 1st of cancer at his home in Roxborough, Philadelphia.

Born in Jamaica, Mr. Vassall came to the United States in his 20’s and began selling American Motors cars in Providence, Rhode Island where he met his future wife, Mariah. He’d later begin a career as a salesman at American Motors in Germantown. In 1969, he joined Edwin McClendon to purchase the dealership and renamed it Vassall & McClendon Inc. They were the first black owners of an auto dealership in Philadelphia. He’d later go on to purchase McClendon’s share of the dealership and rename it Vassall Motors. In the 1980’s, Vassall Motors became a Chrysler dealership.

In 1974, Mr. Vassall was named as one of Black Enterprise Magazine’s Top 100 Chief Executives and was also honored by the U.S. Small Business Administration. Mr. Vassall was also invited to the White House by President Jimmy Carter along with several other influential African American leaders.