Jackie Robinson Museum to Open in New York City in 2019 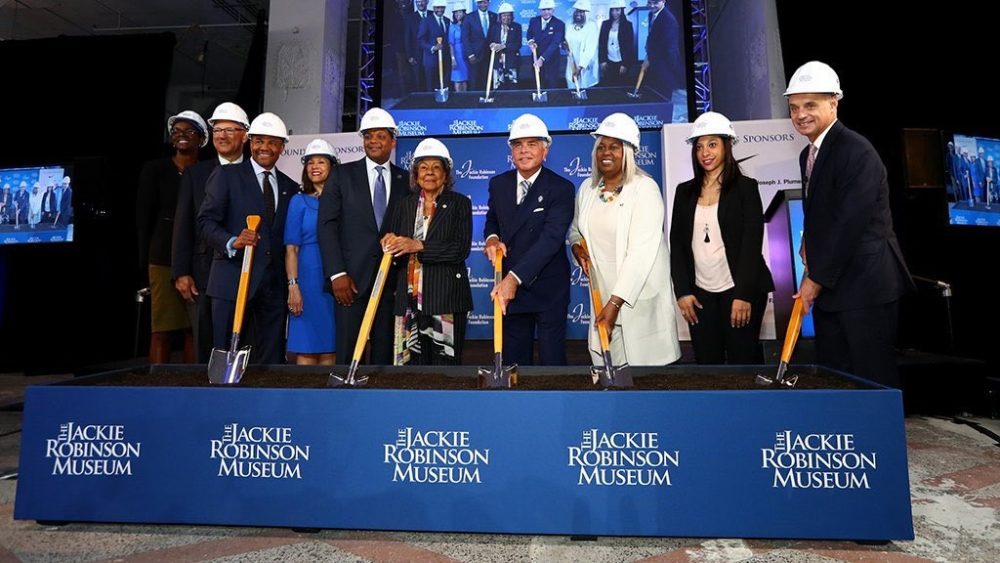 The Jackie Robinson Foundation (JRF) hosted a groundbreaking ceremony in New York City on Thursday to announce that the start of construction has begun for the highly anticipated Jackie Robinson Museum.

Set to open in 2019, the Jackie Robinson Museum will be located in lower Manhattan, in honor of the trailblazer. Robinson was the first African American player in Major League Baseball, after signing with the Brooklyn Dodgers in 1947. The museum will also celebrate Robinson’s legacy as a pioneer in the civil rights movement.

“Jack lived his life with such great purpose,” says Rachel Robinson, founder of the Jackie Robinson Foundation and wife of Jackie Robinson, in a press release. “I hope that visitors to the museum will not only learn about his journey and experience his energy, but that they will be inspired to view each day as a chance to make a difference.”

Both Robinson and her daughter Sharon attended the ceremonial groundbreaking, along with Commissioner Rob Manfred and other notables.

“Mom turns 95 in July, and this is her birthday present,” Sharon said of her mother, according to The New York Times. “This is what she wanted for his legacy–to show that struggle is a process. We knew him in the family not as a baseball player, but as an activist.”

For decades, the JRF has been working toward building a museum to honor the Hall of Famer’s contribution to breaking down color barriers in athletics and stimulating a major cultural shift that altered the course of American history.

However, the organization has faced a few challenges while raising funds. Last year, MLB donated $1 million toward their fundraising drive. The foundation also received donations fromÂ Nike, Phil Knight, the Yawkey Foundation, the City of New York, Citi, Strada Education Network, the Tull Family Foundation, and Stephen Ross, bringing the total to $23.5 million, reports USA Today. Still, that meets just a little more than half of their goal of $42 million, which is intended to cover the museum’s operating endowment.

Once opened, the museum visitors can learn more about Robinson via interactive exhibitions, educational outreach efforts, and insightful programming.

“This will show artifacts, baseballs, and things you can see, but it’s more a living, breathing monument to what a man stood for–just as relevant today as it was then,” says Joseph Plumeri, the vice chairman of the First Data board of directors and chair of the Jackie Robinson Museum’s Legacy Campaign. “The museum is about honoring a legacy and the courage of a hero, who shaped American history. Through baseball and beyond, Jackie Robinson impacted a nation. He continues to serve as a reminder that all people deserve the absence of hate and discrimination and an equal opportunity to succeed,” he adds.