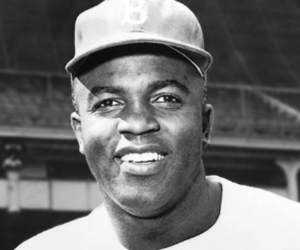 In just a few days, the movie “42,” which focuses on the life of legendary baseball player Jackie Robinson and his struggles as the first black player in Major League Baseball, will be released nationwide.

Many young baseball fans, who are into the game, don’t know much about Robinson and aside from the Internet this could be one of their many opportunities to learn more about the man that paved the way for players like Willie Mays, Barry Bonds and so many others.

Check out a list of 10 facts you may have not known about the groundbreaking baseball player.

1. Jackie played for the Negro leagues, the Minor League as well as the Major Leagues. He is one of the few players to accomplish this feat.

3. Then California Governor Arnold Schwarzenegger announced that Jackie would be inducted into the California Hall of Fame on December 5th, 2007.

5. Robinson starred in the biopic ‘The Jackie Robinson Story’ in 1950

6. In 1976, Jackie’s home in Brooklyn was declared a National Historic Landmark.

8. Jackie served on the Board of Directors for the NAACP (National Association for the Advancement of Colored People) from 1957-1967.

9. Robinson became Vice President of Chock Full o’Nuts in 1957, the first black to hold the position of Vice-President with a major American corporation