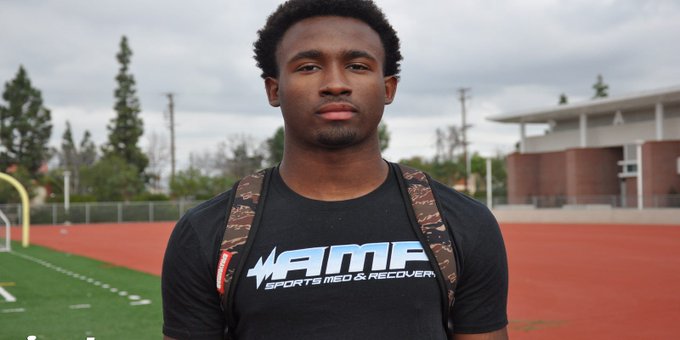 According to ESPN, Abdul-Malik McClain was arrested and charged with developing a plan to fraudulently get hundreds of thousands of dollars in COVID-related unemployment benefits from the government. McClain colluded with other football players at the University of Southern California (USC) when he reportedly committed the fraudulent act.

The 22-year-old has since transferred to the highly-regarded HBCU Jackson State University from the USC last year, where he reportedly planned and executed the scheme.

According to the Department of Justice, U.S. Attorney’s Office Central District of California, on Dec. 16, a federal grand jury indictment was returned and unsealed on Monday. McClain is charged with 10 counts of mail fraud and two counts of aggravated identity theft. McClain has pleaded not guilty to the charges and was ordered released on a $20,000 bond. His next scheduled court date is Feb. 15.

In the indictment filed, while attending USC, McClain organized and assisted a group of other football players in filing the fraudulent claims for the Pandemic Unemployment Assistance (PUA) program. The indictment alleges that the claims—which were filed with the California Employment Development Department (EDD), the administrator of the state’s unemployment insurance (UI) benefits program—included false info about the alleged earnings of the football players, pandemic-related job loss, and job-seeking actions they allegedly had taken while in California.

Based on the various schemes created by McClain and the other people involved, the indictment alleges that the false statements led to them receiving debit cards that were loaded with at least hundreds of dollars, and sometimes thousands of dollars, in unemployment benefits.

McClain had allegedly filled out at least three dozen fraudulent applications during the summer of 2020. According to the indictment, those applications were looking for at least $903,688 in PUA benefits and led the EDD to send out at least $227,736 in payments.