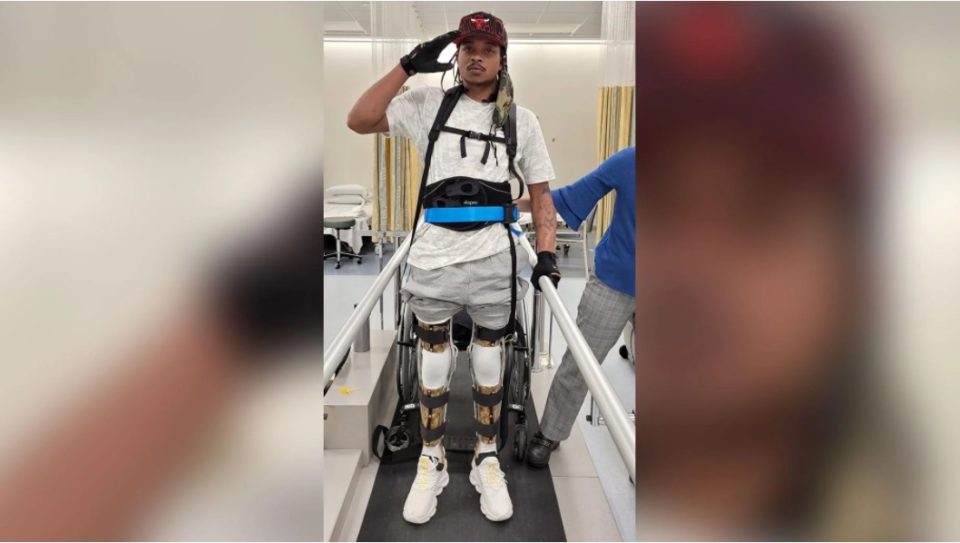 One year after Jacob Blake was nearly shot to death by police in Kenosha, Wisconsin, and left paralyzed, he speaks out and demands change.

Blake became a central figure during the 2020 Black Lives Matter protests after being shot seven times on  August 23, 2020, by Kenosha Police Officer Rusten Sheskey, CNN reports. Sheskey and two other officers were responding to a domestic violence call. But it ended up turning into “the most painful experience” for Blake and his family.

He recalls watching his traumatic experience play out on television and online roughly 300 times. The post-traumatic stress he now suffers from while still being paralyzed from the near-fatal shooting prevents him from wanting to call the police for help.

“I’m hearing these booms [fireworks] and it’s not scaring me because I got shot, it’s scaring me because all of those people have gotten shot so every time a boom went off, I’m kind of imagining people dying,” Blake says of the anxiety attack he suffered over the Fourth of July weekend.

Last summer, thousands took to the streets protesting on Blake’s behalf in a summer filled with outrage following the police shooting of George Floyd, Breonna Taylor, and countless others.

A year later, Blake is hopeful he will walk again but is doubtful that he won’t be attacked by the police again.

“I’m here, and yeah I’m about to be walking, but I really don’t feel like I have survived because it could happen to me again,” Blake admits. “I have not survived until something has changed.”

After months of rehabilitation efforts, Blake says he was “geeked” when he took a few steps on his son’s birthday celebration on the one-year anniversary of his near-fatal police encounter.

No charges have been filed against Sheskey, and he returned to full active duty in April but was suspended one month later after his service weapon was stolen, The Guardian reports.