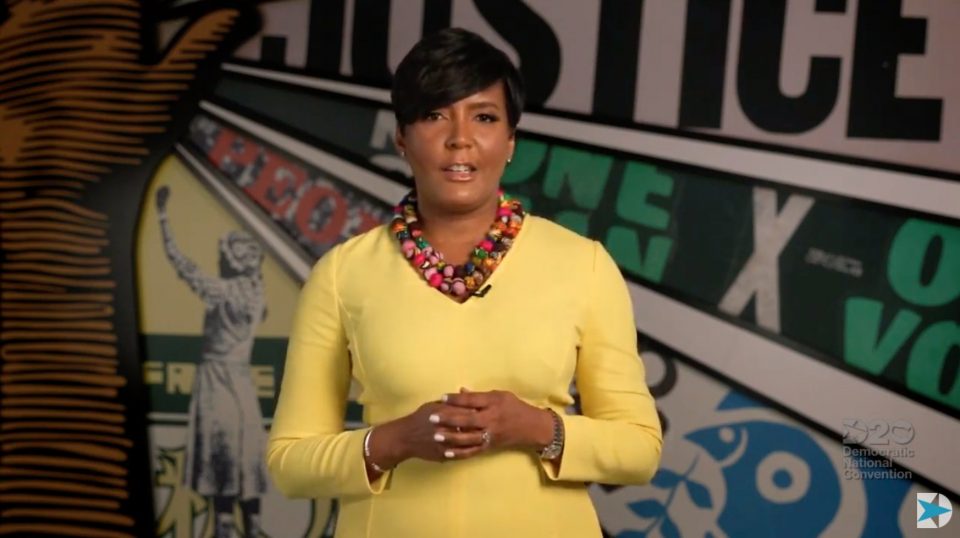 Late last year, Harrison said he would consider taking the position if it was offered to him. Additionally, House Majority Whip James Clyburn (D-S.C.) has been pushing Harrison to take the role.

“If that’s something that they are interested in me doing,” Harrison told the Washington Post in November. “I’ll definitely take a good look.”

If he accepts the DNC position, the Yale graduate will be tasked with expanding narrow majorities in the House and Senate for the party. The midterm elections will be extremely important as 34 Senate seats and all 435 House seats are up for reelection.

“Mayor Bottoms is the only Mayor in Atlanta’s history to have served in all three branches of government, serving as a judge and City Council-member before being sworn in as Mayor,” a release on Bottoms’s appointment stated. “Leading with a progressive agenda focused on equity and affordable housing, Mayor Bottoms serves as Chair of the Community Development and Housing Committee and the Census Task Force for the United States Conference of Mayors.”

Bottoms was one of the first mayors to endorse Biden and even stumped for his campaign during the Iowa Caucus. She was also an early candidate to be Biden’s vice president before he chose Kamala Harris.

The historically Black college and university (HBCU) graduate does not plan on stepping down from her post as mayor, but indicated she’s ready to help Biden and the DNC in any way she can.

I’m honored and humbled to be endorsed by @JoeBiden for Vice Chair of the @DNC. I’m ready to build on our party’s progress to make a better future for all Americans.

But we cannot do it alone — please join me: https://t.co/oFBBgKzrsC

“This group of individuals represent the very best of the Democratic Party, their stories and long histories of activism and work reflects our party’s values and the diversity that make us so strong,” Biden said. “As our country faces multiple crises from systemic racism to the COVID-19 pandemic, working families in America need and deserve real leadership. We need to elect Democrats across our country and up and down the ballot. To do that is going to take tireless leadership, committed to strengthening Democratic infrastructure across our states. These leaders are battle-tested and ready for this immense task. I know they will get the job done.”