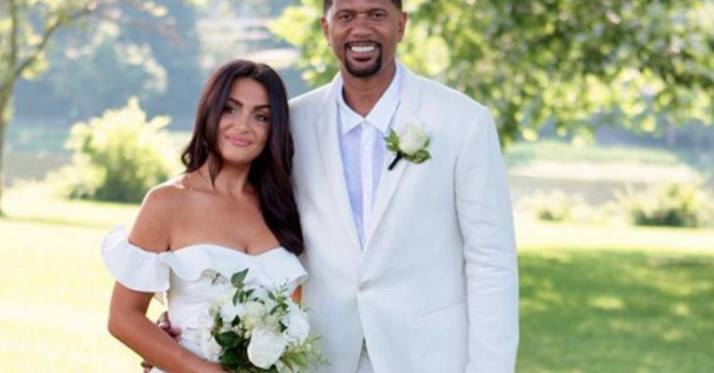 The marriage between two of ESPN’s high-profile talents, Jalen Rose and Molly Qerim, has come to an end.

According to a statement released by Rose, an NBA veteran and member of the fabled “Fab 5,”  on his Instagram Story, the couple had been separated for a year before deciding to divorce.

“After being separated for almost a year, Molly and I have officially decided to go our separate ways. We both agree remaining friends and colleagues is the best course of action for our relationship moving forward. Please respect our privacy at this time,” Rose said in a statement.

Rose, who spent the bulk of his NBA career with Indiana Pacers, filed for a dissolution of marriage on April 30 from Qerim, USA Today reported. The court documents were filed in Hartford County, CT. The pair married in July 2018.

Since 2015, Qerim, 37, has co-hosted the popular Stephen A. Smith-led show, First Take, where she moderates the debates Smith and his guests have on the daily gab-fest.

Before becoming an employee at ESPN, Rose had a 13-year NBA career. The NBA’s Most Improved Player in 2000 played for the Denver Nuggets, Indiana Pacers, Chicago Bulls, Toronto Raptors, New York Knicks, and Phoenix Suns before retiring in 2007.

However, Rose is best known as a member of The Fab Five at the University of Michigan. In 1992, Rose, Chris Webber, Juwan Howard, Jimmy King and Ray Jackson were the first and only team in NCAA history to play in the championship game with all freshman starters. The team lost to Duke 71-51. The squad reached the NCAA finals once again in 1993 but lostafter Webber called for a timeout that the team didn’t have.

Along with his duties at ESPN, Rose also hosts a podcast for the New York Post named Renaissance Man.