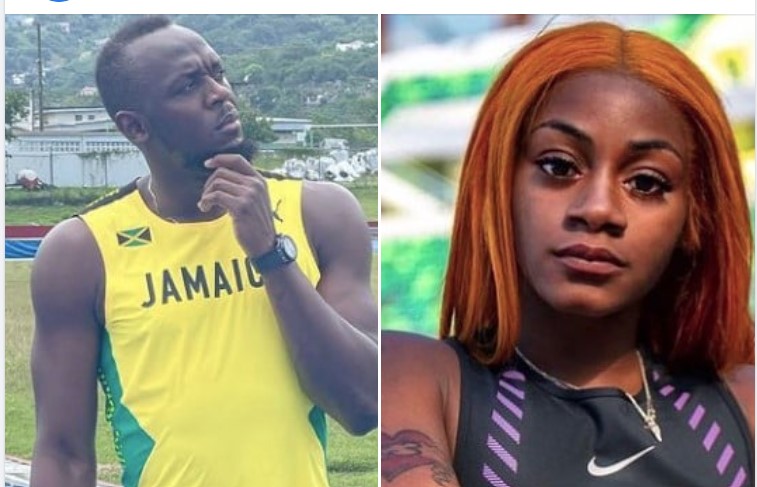 Jamaican Sprinter Usain Bolt is known for giving valuable money lessons and training tips. This time he had a few words to share with track star Sha’Carri Richardson. His advice was not about money; it was more about presentation and performance.

During an interview with the New York Post, the Olympic gold medalist gave Richardson some words from his catalog of experiences — from one track athlete to another.

“I would tell Sha’Carri to train harder and to be focused and not say too much,” says Bolt. “If you talk that big talk you have to back it up. So just train hard and focus on that and try to come back do it and then talk about it.”

Bolt Explains Why Sha’Carri Richardson is Under Scrutiny

In June, Sha’Carri Richardson was celebrated as one of the fastest women in America. She won the women’s 100 meters in the U.S. Olympic Track and Field Trials, clocking in at 10.86 seconds.

A few weeks later, the U.S Anti-Doping Agency (USADA) announced Richardson’s acceptance of a one-month suspension. She tested positive for cannabis and was banned from the Tokyo Olympics. Over 500,000 fans signed a petition to reinstate Richardson.

Now, the 21-year-old is under scrutiny for her recent performance and social media activity. Last month, Richardson dropped out of the Prefontaine Classic 200 meters after finishing 9th place in the 100 meters race. Not only did she finish behind the all-star Jamaican trio but she finished last behind all the competitors in the race.

The Jamaican Olympic trio of Elaine Thompson-Herah, Shelly-Ann Fraser-Pryce, and Shericka Jackson has stolen the spotlight after claiming victories at the Tokyo Olympics. After Richardson’s underwhelming return last month, she had some words to say to all those who may be doubting her.

“This is one race,” Richardson said. “I’m not done. You know what I’m capable of. Count me out if you want to. Talk all the s— you want. Because I’m here to stay. I’m not done. I’m the sixth fastest woman in this game ever. Can’t nobody ever take that from me.”

Fans were surprised by the results of Richardson’s ninth-place finish after a series of tweets led many to believe she would come back on top. Bolt says that the tone of Richardson’s tweets is responsible for the backlash she’s receiving right now.

“Jamaicans were vexed because she was talking a lot of s–t before the actual race, it is just one of those things,” Bolt told the New York Post. “Jamaicans don’t like when people talk s–t about us because we are a very proud people. So if you talk about us we are gonna want you to back it up. It definitely gave those women the extra push.”