Jamie Foxx Decoded: Comedian, Actor, and Musician...What Else is Left? 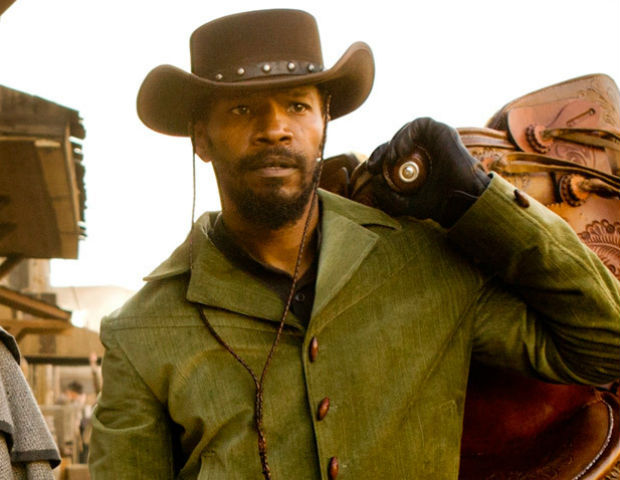 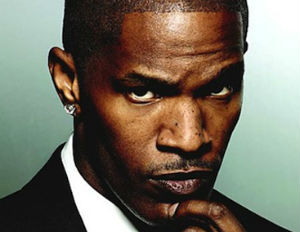 Say what you will about how brilliant, offensive or downright hilarious Jamie Foxx’s controversial new film “Django Unchainedâ€ is, there’s one thing that’s not very hard to agree on: right now Jamie Foxx is winning.

The box-office receipts don’t lie: hordes of moviegoers ran to see him play a gun-toting, horse-riding brotha with a vengeance in Quentin Tarantino’s much-talked-about slavery revenge fantasy during the holiday season, the biggest enthusiasts among us going so far as to buy the soundtrack, the action doll, the “Bounty Hunter 1800â€ videogame and of course, the “Django Unchainedâ€ comic book, soon available through Vertigo Comics.

But the man first introduced to fans as a struggling Texas comedian named Eric Marlon Bishop is no stranger to earning wide support for his myriad of money-making ventures. Since he struck Oscar gold for his unforgettable role as Ray Charles in the 2004 biopic “Ray,â€ he’s been unstoppable on the big screen as well as the charts — selling close to two million copies of his second album “Unpredictableâ€ to become the fourth music artist in history to have won an Academy Award for an acting role and achieving a #1 album in the U.S. (The others were Barbra Streisand, Bing Crosby and Frank Sinatra).

These days when the Grammy Award winner is not hosting the BET Awards or selling out his own comedy tours, he keeps his audiences in stitches via his Sirius Satellite Radio show The Foxxhole, which features talk-radio programs, stand-up comedy albums and music performed primarily by African-American artists. And look for his acting career to hit that layer beyond the stratosphere next year when he plays supervillain Electro (Maxwell “Maxâ€ Dillon) in the much-anticipated “The Amazing Spider-Man 2.â€

Yes, the man who once played the cross-eyed cross-dresser LaWanda on “In Living Colorâ€ — now worth a cool $85 million, according to estimates — has demonstrated his ability to wear many hats very well, particularly that of businessman.

Certainly starring in multi-million dollar projects helps (Foxx’s going rate per film is reportedly $10 million — ever since he did 2006’s “Miami Viceâ€) but as any successful entrepreneur knows, the key to truth wealth is ownership and strategic partnerships.

It’s a lesson Foxx took to heart very early: After making millions off of his highly lucrative, 20-years-plus partnership with former managers Jamie and Marcus King via the now shuttled production company Foxx-King Entertainment, the 45-year-old teamed up with writer-director-producer Deon Taylor in 2010 to launch No Brainer films.

Now, in addition to running his own production company, he co-owns this Los Angeles-based banner, with a goal of developing, financing, writing, directing and producing mainstream films and television series’ budgeted at under $10 million. The firm’s first project was the mob drama “Tommy’s Little Girl,â€ picked up by NBC in 2010, which was set to star Selma Blair, Paul Sorvino, Tony Sirico and James Russo. (The current status of the show is unknown).

Already one of the richest black actors on the planet, it made sense for Foxx to go from in front of the camera to behind the scenes, raising the profile of smaller budget pictures like HBO’s award-winning “Life Supportâ€ starring Queen Latifah, which he executive produced (aka helped bankroll) in 2007. Also, partnering with well-established and successful brands like legendary camera-maker Canon for its current Project Imagination initiative — he appears in a video to promote the film festival inspired by customers’ photos along with fellow superstar entrepreneurs Biz Stone, co-founder of Twitter; Georgina Chapman, fashion designer; and Oscar-winning director Ron Howard.

What could possibly be next — Jamie Foxx for president?

Well, if he keeps praying to “our Lord and Savior Barack Obama,â€ as he infamously did at the 2012 Soul Train Music Awards, probably.