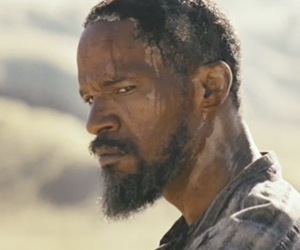 The Quentin Tarantino-directed “Django Unchainedâ€ has been causing controversy throughout the media.

The excessive use of the n-word has many up in arms since it’s reported that it is said more than 100 times throughout the movie.

Jamie Foxx recently talked about the n-word usage in the movie and the issue of race.

“Every single thing in my life is built around race. I don’t necessarily speak it because you can’t,” said Foxx.

The movie, “Django Unchained,â€ features Foxx as a freed slave, who is employed as a bounty hunter, and is on a mission to find his wife.