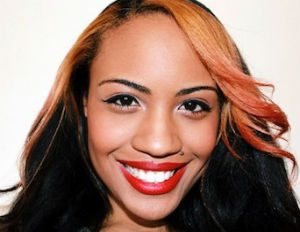 If you’re unfamiliar with the incredible smarts and talents of New York’s own, Jamila Rowser, please take time out of your day to read this chat.

The creator and sole contributor to the widely popular, Girl Gone Geek Website, Rowser is knowledgeable about all things within nerd culture. The military brat settled her roots in the Big Apple and proceeded to develop a blog around her unique voice and interests. Spending hours face-deep in comics, or burning her retinas watching the latest anime, Rowser uses her strengths to create lasting relationships with fellow geeks, inspire readers with her own story, and combat the deep-seeded sexism that exists within the industry.

A savvy personality herself, Rowser’s face is a welcome presence during the comic convention season, as her cosplay (costume play) is eagerly anticipated. In addition to Girl Gone Geek, the chic comic book lover also hosts the Geek Girl Brunch, which allows fellow lovers of anime, tattoos, video games and tech to discuss their admiration over unlimited mimosas.

BlackEnterprise.com chatted with Rowser to discuss her affections for all things geek, her unabashed belief in her Girl Gone Geek blog, how digital culture has helped or hindered her success, and why she continues to fight for black geeks around the globe.

BlackEnterprise.com: When you first started your Girl Gone Geek blog was there any trepidation on your part? If not, can you talk about any obstacles you faced in getting your name and reputation established as one of leading purveyors of nerd/geek culture?

Jamila Rowser: When I started my blog I didn’t have big intentions for it so I wasn’t nervous; I just hoped a few people would read it. Its main purpose was for me to talk about my passions since most of my friends weren’t into geek culture. I also wanted to make geek friends; even if was just on the Internet. So in that respect, it has been a success. All of the other amazing things that have happened because of my blog are like the bonus levels in “Sonic” [The Hedgehog], I don’t need it, but they are really awesome. I think what helped is I didn’t start my blog in order to become a “leading purveyorâ€ so I was never pressured to scarified my blog’s integrity or my voice to become famous. I haven’t really had any obstacles, but I think some new bloggers don’t realize that establishing yourself takes time, if it happens at all.

It’s no secret that you have passion for all things gaming, anime, and Doctor Who — but how have you translated that into a successful business venture for yourself?

It’s lovely coincidence. Since I never cared about making money from blogging, anything I get is a bonus. Also working in community management and social media as my day job and having a “successfulâ€ blog has helped with freelance and consulting opportunities. Whenever I go in for interviews, they always want me to talk about my blog, so I know my little blog about geek stuff has helped me land jobs.

You’re fresh off of celebrating your fourth anniversary of Girl Gone Geek. How did you ring in another successful year and what are you planning as your 2015 goals?

I usually throw a giveaway or do a post to celebrate my anniversary but this year I almost forgot! I’ve been so busy with new projects like Straight Outta Gotham and Geek Girl Brunch–it almost slipped my mind. My evergreen goal is to just be better than I was the year before. Every year my blog changes a little for the better. One new goal is to start writing fiction. I’ve had some ideas for a while but suffered from self-doubt. I finally convinced myself this year that it’s silly to think you’re bad at something you’ve never tried before.

How has the shift to online, original content helped or hinder you in your everyday, real life?

I think it’s wonderful and necessary. It’s helped give voice to the people and showcase opinions you wouldn’t normally see in traditional print media. So in some ways, it’s educated people in ways print can’t because there are no rules on the Internet. Most bloggers aren’t answering to anyone but themselves. On a personal level, it has given me the platform to voice my thoughts and opinions on geek culture. But with that being said, I’m a huge fan of print. I almost solely buy print books and comics; they are like a work of art that you can hold and read.