Jay-Z's Samsung Deal Proves He is a "Business, Man" 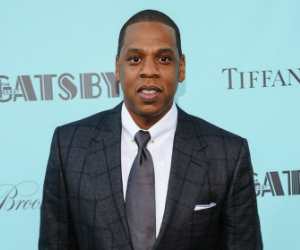 Hip hop business titan Jay-Z is poised to pull off an unusual stunt for the release of his new album, “Magna Carta Holy Grail.”

Jay’s partnership with Samsung, which will make his new album free to 1 million users of Galaxy mobile phones on July 4, three days before everybody else gets it,Â is a sign of how the 43-year-old continues to capitalize off his enduring popularity and find new ways to push, sell and promote his brand.

The Associated Press reports the details about the Samsung-Jay-Z deal haven’t been disclosed. In other words, it’s not clear how much Jay-Z stands to make from it. But Jay-Z’s new venture with Samsung is a nod to how digital marketing has taken the lead in the music industry, at a time when album sales are generally low.