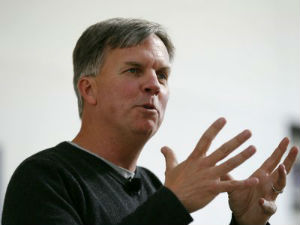 Shopping excursions have moved from big box retailers filling up mall space across the country to walkable retail options and boutique pop-ups, which has left retail mainstays like JCPenney’s struggling to find a way to stay viable and profitable.

The chain has tried a few ideas under the leadership of the current CEO Ron Johnson to revive the brand. The company went through an image makeover, got rid of sales, brought sales back among other things, but it’s been a slow go of turning the company around and increasing sales.

Recently, the brand followed Target’s lead and started partnering with big name designers to bring affordable luxury to consumers. Marchesa and Duro Olowu have both designed collections that are creating quite a buzz, but for the company’s shareholders it may be too little to late.

Company directors are seriously considering selling the company at worst, or replacing Johnson as CEO if things don’t shake for the company in three years.

For more of the beloved brand’s woes, head to Business Insider.