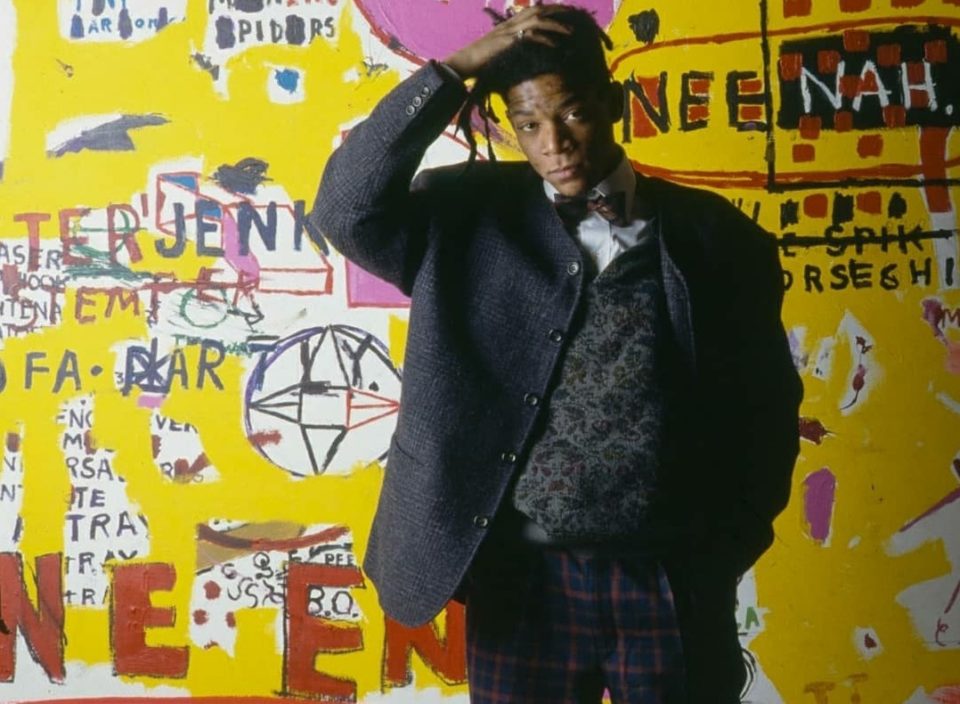 Basquiat standing in front of his artwork [Image: Instagram]

Jean-Michel Basquiat was an artist who hailed from New York. He was of Haitian and Puerto Rican descent. According to The New York Times, his painting entitled “Warrior”—a 1982 creation—sold for $41.9 million, with fees. The sale was made in Hong Kong at Christie’s auction house. The newspaper also mentioned that  “Warrior” was offered as an unusual single lot. It was said to symbolize the struggles of Black men in a white-dominated world.

The late artist’s website stated that Basquiat showed an affinity for drawing at an early age. His mother had a strong interest in sketching and frequently drew with him. She took him to places such as The Brooklyn Museum, The Museum of Modern Art, and The Metropolitan Museum of Art. Basquiat was said to have often used paper his father brought home from an accounting firm where he worked. The budding artist was also inspired by television cartoons.

Sotheby’s described Basquiat as one of the most influential and internationally renowned artists of the late 20th century, which is an incredible accomplishment.

“His street art and Neo-Expressionist works on canvas and paper as well as on random objects and surfaces are characterized by visually striking and psychologically powerful combinations of anatomical diagrams, charged words and cryptic phrases, numerals, pictograms, commercial graphic art, allusions to African history and African-American pop culture, as well as stick figures and maps,” the online biography of his work stated.

According to the New York Times, Basquiat explored issues of race and inequality with graffiti-inspired style. Starting out as a street artist and eventually elevated to the heights of the contemporary art world, he collaborated with Andy Warhol and became a legend after dying at age 27 in 1988.

While many individuals who are not art collectors may just be learning about Basquiat, the price his work commanded speaks volumes about his talent.