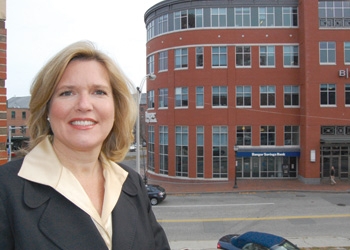 One of the U.S. Small Business Administration’s lending and investment experts will assume the agency’s top role when the current administrator steps down at the end of the month. Jeanne Hulit, the SBA’s associate administrator in its Office of Capital Access, will take over from current SBA Administrator Karen G. Mills, reports the Washington Post.

Hulit was named to her current post in February 2012, where she oversees the agency’s efforts to help entrepreneurs and small business owners gain better access to capital. Her responsibilities include overseeing many of the department’s loan and investment programs.

Administrator Mills, according to an office staff letter obtained by On Small Business, stated, “for the past four years Jeanne has been an important leader at the SBA both in the field and here at headquarters.â€ She added that Hulit “led the charge to streamline and simplify SBA’s loan programs and expand access to our lending programs.â€

Mills was sworn in as the 23rd Administrator of the Small Business Administration in April of 2009 after being appointed by President Barack Obama and unanimously confirmed by the U.S. Senate. She has served in the President’s Cabinet since January of 2012.

It’s not yet known when a permanent successor will be named SBA Administrator.