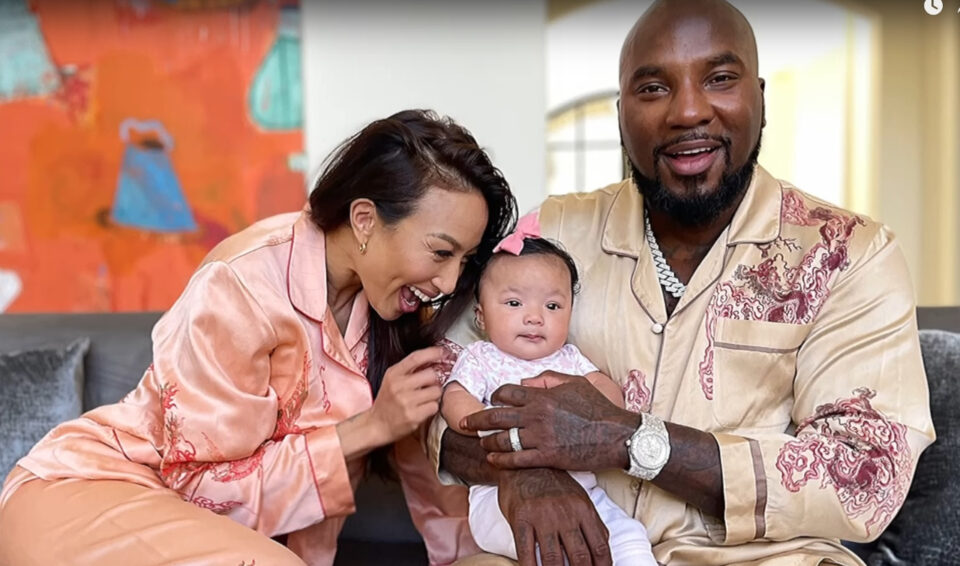 Talk show host Jeannie Mai  (The Real) and her husband, hip-hop artist and entrepreneur Jeezy, welcomed their daughter to the world earlier this year on Jan. 11.

Now, the world gets to see the baby girl in a video released by the talk show host!

On Thursday, on her Hello Hunnay with Jeannie Mai YouTube channel, Mai introduced her daughter, Monaco Mai Jenkins, for the world to see.

“Thank you, Mai Fam, for waiting for me and Monaco. This means the world to me to be able to share her with you. 💜 Thanks to Haakaa for sponsoring this episode.”

The beaming mother prepared the viewing audience by expressing her feelings over the past five months of being the mother of Monaco. Outside of the “word from our sponsor” endorsement with her telling the viewers how she was able to get by her first months as a mother by utilizing the product, she turns to a montage of videos and pictures. Giving viewers the various looks and emotions that babies ordinarily go through as little ones in their developmental stages.

The photographs and video clips capture various montages of Monaco as she is being taken care of by family members throughout her first months. Pictures and clips of Jeezy and his interactions with his daughter show the former “gangsta” rapper as a loving father.

An introduction befitting a child born to parents who are used to being in the spotlight!

“Happy 1st Mother’s Day Beloved… You are our rock and glue. Always going that extra mile to show us, you got us. That’s why we got you forever. Our hero, our Super women.”