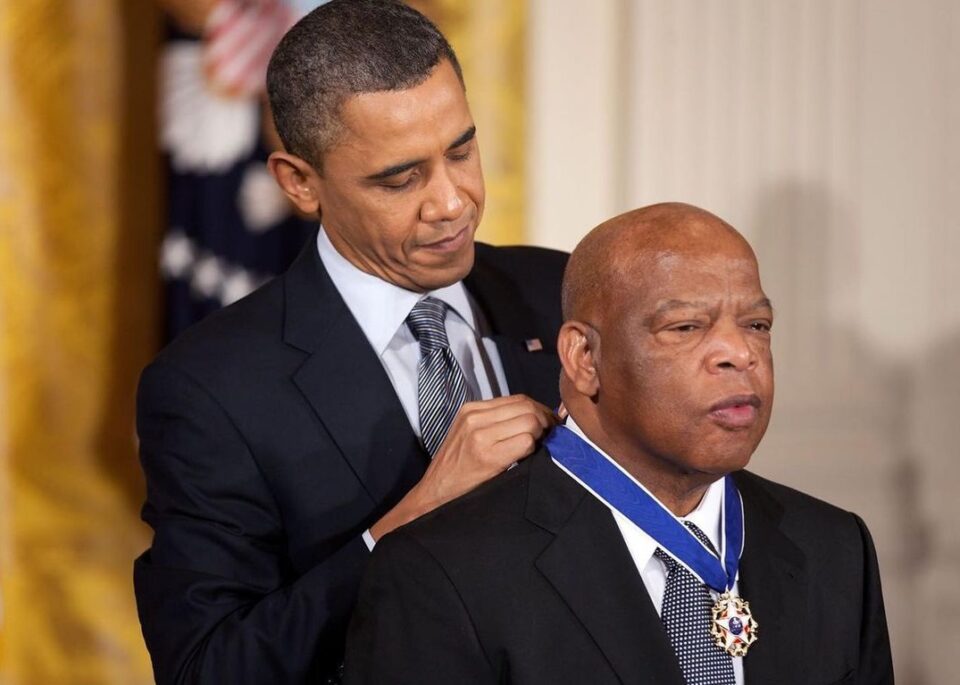 According to USA Today, the contribution is the largest single donation given to the Foundation in it’s seven year history. Along with his gift, Bezos has requested that the plaza of the Obama Presidential Center, set to be built on the South Side of Chicago, be name the John Lewis Plaza.

“Freedom fighters deserve a special place in the pantheon of heroes, and I can’t think of a more fitting person to honor with this gift than John Lewis, a great American leader and a man of extraordinary decency and courage,” Bezos said in a statement. “I’m thrilled to support President and Mrs. Obama and their Foundation in its mission to train and inspire tomorrow’s leaders.”

The Obama Presidential Center, the primary initiative of  the Obama Foundation, has a mission that is in direct alignment with Lewis’ legacy. Once completed, the institution aims to take its place at the forefront of development of future civic leaders.

“We believe that there is incredible power in lifting up the names of extraordinary change agents upon whose shoulders we all stand, and we are thrilled by Mr. Bezos’ offer to name our magnificent Plaza in honor of John Lewis,” said Valerie Jarrett, CEO of the Foundation.

“What’s more, Mr. Bezos’ generous unrestricted gift will enable us to help train a new generation of leaders through programs including the Girls Opportunity Alliance, My Brother’s Keeper, and our Global Leaders Program, while also supporting the Foundation’s Hometown Fund, which invests in the expansion of economic development opportunities for residents of Chicago’s South Side.”

The Foundation added in a press release that the gift from Bezos also sets the precedent for allowing donors to choose to name public spaces at the Center as a tribute to “those who have fought for a more just and equitable world.”

This is the third multimillion dollar donation Bezos has announced in the past seven days. Last week, he announced a gift of $96.2 million, to be distributed to 32 organizations serving families experiencing homelessness.