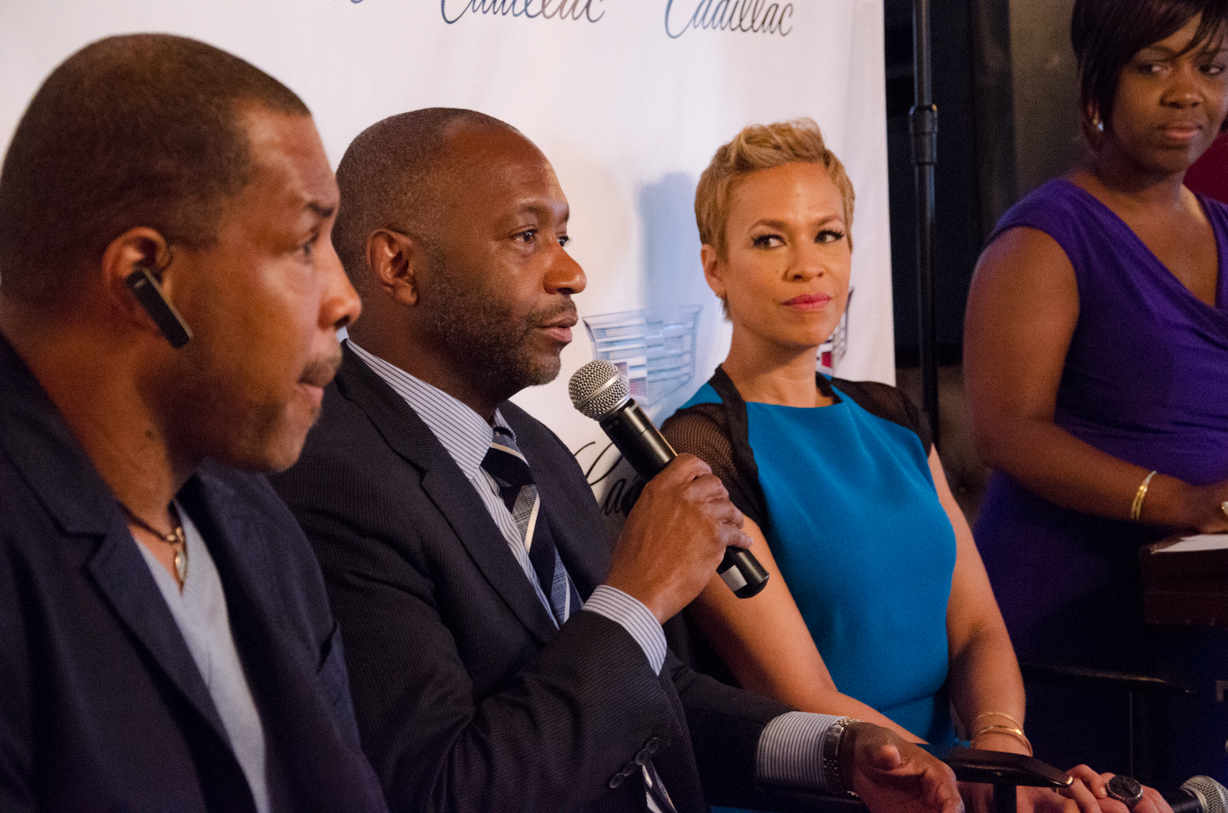 Tonya Lewis Lee, television producer (and wife of filmmaker Spike Lee), Jeff Friday, founder of the American Black Film Festival, and actor Eriq La Salle, discussed the changing landscape of Hollywood and the ongoing need for support of new talent as well as veteran black artists at a media event hosted by Cadillac, the premier sponsor.

“It is really important for our artists to be nurtured and supported. The festival nurtures not just new talent, but also artists who have been in the game a long time,â€ said Lee, noting that “This festival (ABFF) is really meaningful for Spike. He has been in the game a long time. He is premiering his film [the Kickstarter-funded Da Sweet Blood of Jesus] here at ABFF.â€Â  She added, “What we are doing as black filmmakers does matter; it is not just a side thing; it is part of the mainstream.”

Friday noted that Ryan Coogler’s 2013 film “Fruitville Station” and many other acclaimed urban films came out of ABFF. “Business is being done here. We have been doing business for a very long time,â€ he said. Of course, the hope is to get those films screened at ABFF acquired by major networks and Hollywood studios. “One of my hopes is that Spike’s film gets acquired here by a major distribution company and that goes to theater and when it is written up by Variety that it says it was acquired for millions (after showing at ABFF).â€

“What they do beyond the festival is to have a full year system for artists. We will be introducing a program called ABFF global. We will be creating cultural exchange programs. We want to use film as a medium to change the perception of African American people around the world,â€ said Friday.

“The global piece is important, but also the grass roots that ABFF is famous for,â€ chimed in Lassalle, “It gives us the power to start identifying our own stars. We have to validate them.â€

He pointed to the changing industry, citing for example, “There was an actor who was up for a role who’s white. Even though the producers loved him they didn’t hire him because he didn’t have enough followers on Twitter. It is a very scare phase that we are going through. If pretty white [actors] are not getting hired because of their lack of followers trust me we will suffer even more. We need to get behind our (African American) stars so that it is not left up to social media.â€

Friday also expressed concerns about black filmmakers lack of access to capital. “We still don’t control the finances. We still are begging for money, or pitching,â€ he said. To that end, Friday is looking to form an alliance of high net worth individuals who don’t know what to do with their disposable income.

“We are trying to create a collation of not only African Americans but people who are concerned about art and culture who want to see more “Fruitville Stations.â€ Friday added he also would like to have a small group of ABFF branded theaters around the country, one in the 10 major markets.