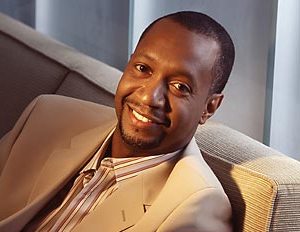 When your company’s mantra is ‘Because Hollywouldn’t,’ that’s a bold statement when it comes to setting a goal and making the world realize that the contributions of blacks aren’t on par in Hollywood. That’s been true in the past and even now, although some progress has been made. It can go for the movies, filmmakers, actors and most definitely the consumer and everything and everyone in between.

No doubt Jeff Friday has influence as it relates to independent films being showcased to an audience a filmmaker or anyone involved in the making of an indie film needs and/or wants. Film Life, Inc., the umbrella company for The American Black Film Festival (ABFF), one of several entities that Friday helms, is instrumental in exposing the unexposed to the marketplace and is also a launching pad to the mainstream film industry that many hopefuls have their eyes on.

As this year’s ABFF is taking place in New York City, June 19-22, Jeff Friday, speaks to Black Enterprise (a premiere sponsor of this year’s festival) regarding the origins of the ABFF, the importance of independent films and what future plans are in the works.

Film Life, Inc. is a multi-faceted entertainment company, founded in 2001 and headquartered in New York City. Best known for creating the American Black Film Festival (ABFF), Film Life, Inc.’s operations center on developing/licensing innovative content across all media platforms, as well as providing strategic advisory services to a wide range of companies in the entertainment, media and consumer product industries. The company was created to fill the gap from a distribution and event production standpoint. The company’s mantra is “Because Hollywouldn’tâ€ which addresses the idea that Hollywood tends to ignore the African American consumer. The ethos behind Film Life, Inc. is to blend distribution, events and content. One of the many goals of the Film Life, Inc., one that is less commercial, is to promote African American people in multimedia, along with operating a profitable company with a clear business model. The ABFF this year was more than movies and we had high level sponsors, like HBO and Nickelodeon which are television companies. The idea is to stimulate people’s interest in black talent and to expand the ABFF/Film Life brand. One of the new projects we are working on are movie theatres in appropriate markets that will serve to distribute African American films.

What truly makes a film independent to you and why are indie films important?

An independent film is a story that a filmmaker tells free of restrictions and mandates that comes from major studio financing. An indie is a film that is self-financed or financed through nontraditional means. Films that are financed through crowdfunding, those films that are financed outside of the Hollywood infrastructure, allows the filmmaker to tell the story with influence, it frees the filmmaker.
â€‹
How has the landscape of movie making change for black filmmakers?

For independent filmmakers, the landscape is more favorable because technology has made the process much cheaper. It is less favorable for filmmakers whose films are financed through the Hollywood system because studios have shifted from niche movies and reduced the number of movies they make. Studios make films with the widest appeal, like Spiderman, tent-pole movies, which leave little room for niche films like How Stella Got Her Groove Back or Soul Food, directed and written by African Americans. There are only a handful of Black directors hired to do non-black projects.

Could you give us a brief history of the American Black Film Festival?

In 1997, I went to the Sundance Film Festival, and what I noticed, was that there wasn’t a lot of diversity. The Audience Winner that year was Love Jones; Nia Long and Lorenz Tate were not well-known at the time. That’s when I realized that these themes were universal and that there was an opportunity to create a platform where Black films and Black filmmakers could be seen and celebrated. At the time the Mexico Government Tourist Office, a client of mine, invited us down as part of efforts to bring business to the area and the first annual ABFF happened in Acapulco, Mexico.

Talk to us about the 2014 American Black Film Festival taking place in New York City this year. What is the focus this year?

The theme of this year’s festival was, “Bringing Hollywood to independent filmmakingâ€ — we always want to encourage more stories. For the first time ever last year , as a result of our relationship with Senator Chris Dodd, who is the Chairman and CEO of the Motion Picture Association of America, we were able to present an event at the festival called, “The Hollywood Trailerfestâ€ which gave the six major studios, Paramount Pictures, Sony Pictures, 20th Century Fox, Universal Pictures, Walt Disney and Warner Bros. an opportunity to preview their upcoming theatrical releases to our Festival audience. We had senior level representation from these studios at ABFF last year and will continue this partnership for this year’s festival. We are also really grateful to have corporate partners like Cadillac and American Airlines that support the Festival and share our vision. We are going bigger and better by moving the festival to New York City. The energy is the City is amazing.

Who is Jeff Friday and what set him on this path and how did he get to where he is today?

â€‹I am a family man first; I am also someone who is uncomfortable with the inaccuracies that we sometimes find in media as it relates to people of color. I consider myself a change agent. I have a belief in myself and I have had the support of many people who have come before me. I have the ability to focus on a task to completion; I am driven to make the world a better place. I value education and preparedness. I am very driven and focused.

What are you involved with these days and what are your future plans as it pertains to your work and what you do?

We launched the Miami Film Life Center last year. It is an arts institute that was created to enhance awareness and accessibility of films and filmmaking to the people in the Southeast Overtown, Park West, Omni and Midtown area. We are providing resources, programs and opportunities for networking with the hope of stimulating interest in and support for emerging filmmakers of color. We are also working on a new venture called “Brands and Personalitiesâ€ which is Film Life’s talent procurement and celebrity endorsement arm that secures actors and filmmakers for commercial campaigns and promotional appearances. Brands that have utilized this resource have been Verizon, Cadillac, Macy’s American Airlines and Gold Peak Tea.