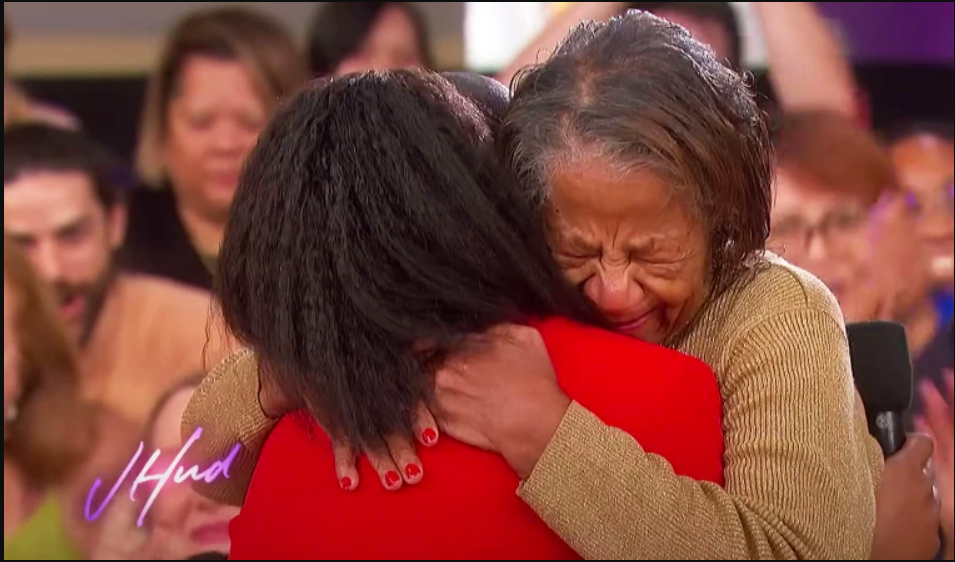 One of the many benefits of attending a live taping of Jennifer Hudson’s new talk show is the possibility of seeing an impromptu live performance.

The EGOT recipient brought her audience to tears on the September 23 episode of The Jennifer Hudson Show after an 82-year-old audience member asked Hudson if she would sing a gospel song for her.

“Do you have a particular song?” the Dreamgirls star asked.

“‘Jesus Promised Me,'” she answered.

“‘Jesus Promised Me’? My grandmama used to sing that,” Hudson said while expressing her surprise at the song request.

Hudson held the woman’s hand while she sang “Jesus Promised Me a Home Over There,” a song she covered on her 2008 self-titled album.

“There’s a place in Heaven, prepared for me/When the toils of this life are over/When the Saints are clothed in white/ Before the throne,” she sang while looking her audience member in the eyes.

Cameras panned to show audience members overcome with emotion by Hudson’s voice. The audience member who requested the song looked more than pleased with the impromptu performance.

The Respect star has been staking her claim as a daytime talk show host since her show premiered earlier this month. A recent episode reunited Hudson with original American Idol judge Randy Jackson, where he credited Hudson for serving as “proof” for aspiring entertainers to never give up, Today reported.

It’s something she’s done since placing seventh on season 3 of the singing competition series in 2004.

“You knew that you had a gift given by God,” Jackson said. “I’m probably more proud of you than any ‘American Idol’ winner because you didn’t win! And look at what you’ve done.”

“That’s the thing, keep going and never give up. Believe in yourself and believe in your talent. You did it, you said, ‘Look, this ain’t gonna stop me. One door closes, five more about to open.'”