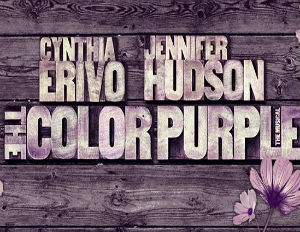 Once again, The Color Purple, aÂ landmark musical from the Pulitzer Prize winning novel by Alice Walker, will take over the Broadway stage opening on December 3. Â Oscar,Â Grammy, and Golden Globe winnerÂ Jennifer Hudson will play the role of Shug Avery, Â Cynthia Erivo will play the role as Celie, which she playedÂ in the London staging of musical.Â Danielle Brooks, known for her role as Taystee in the Netflix series Orange Is the New Black, will star as Sofia.

During an interview withÂ Paul Wontorek of Broadway.com, producer Scott Sanders said,Â “What {director} John Doyle has done withÂ The Color Purple is a revelation–to maintain the show’s epic sweep and sense of history while also ensuring that Celie’s journey be an intimate, emotionally profound theatrical experience.â€ He adds, “Celie is the heart ofÂ The Color Purple and Cynthia Erivo, an astonishingly talented young actress who will be making her Broadway debut, is thrilling in the role.Â She breaks the audience’s heart and heals it by the show’s finale, all while blowing the roof off the theatre with her remarkable voice.Â And having her joined onstage by an acclaimed actress and recording star like Jennifer Hudson–who will also be making her Broadway debut–all but guarantees some legendary musical theatre fireworks.â€