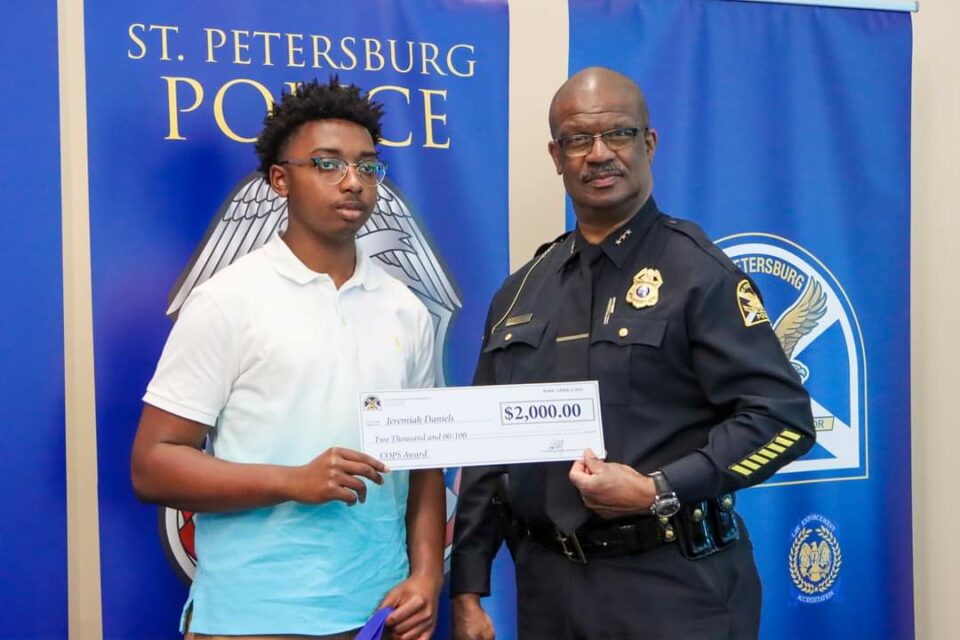 Florida teen Jeremiah Daniels, IV set a goal for his senior year of high school and smashed it.

The upcoming graduate made monumental strides to be named salutatorian at Boca Ciega High School in Gulfport, Florida. He will be the first Black male to hold the second-highest ranking in his graduating class in the school’s 69-year history, News Onyx reports. He will be graduating with a 4.6 GPA.

“I’m just glad for the opportunity to be able to create Black history and be a part of something bigger,” Daniels told Fox 13 Tampa Bay.

His mother, Brittney Daniels, said her son’s achievement was a milestone he had wanted to achieve since the start of his high school career. She also noted how well he excelled in his academics from an early age.

“He told his father and I four years ago that he wanted to be the salutatorian, and we knew that he could achieve it in the end. For him to work at it, year after year, straight As, since third grade,” Daniels said, per the news outlet.

She added: “He’s very academically inclined. As a kindergartner, he taught himself how to get on a laptop, get on a computer and go onto programs by himself.”

The young scholar credits his growing capacities to his teachers for motivating him to learn and accomplish his goals.

“I would say the teachers, for sure, that definitely challenged me, on the challenges itself, like learning something new and being able to say, ‘I can understand it,’ and actually being able to use it and apply it to different situations,” Jeremiah said.

After graduation, Jeremiah is heading to Florida State University this fall. He will be majoring in computer engineering.

In creating Black history, Jeremiah advises, “don’t let obstacles stop being a way and just continue to grow and push through.” He did just that.