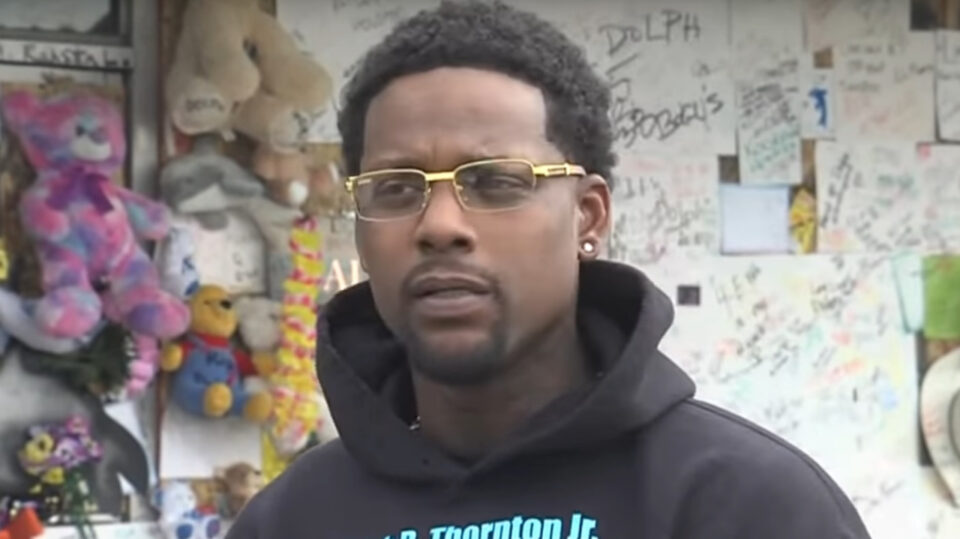 A young man who kept the memorial for deceased rapper Young Dolph tidy by regularly looking after it was shot and killed last week.

According to Fox 13 Memphis, Jeremiah Taylor, who visited the site of Young Dolph’s memorial several times a week to keep maintenance up on it was shot and killed, according to the outlet. With no leads on who shot him, he was found dead on Getwell Road and the Memphis Police Department is searching for suspects in the fatal shooting.

According to Fox 13, Adolph Robert Thornton Jr., who was known to hip-hop fans as Young Dolph, was shot to death reportedly buying cookies at Makeda’s Butter Cookies back in November 2021. The owner of the store, Maurice Hill, told the media outlet that employees of the store said the 36-year-old rapper walked into Makeda’s Butter Cookies and was ambushed by the killer who drove up and fired off shots, killing Young Dolph in the early afternoon at the bakery in South Memphis.

ABC 24 Memphis featured Taylor back in November for the work he was doing for the upkeep of the memorial.

“I want people around the world to know we care about Dolph,” Taylor said in the video clip. “The love he had with people. A lot of people are realizing and now seeing the person that he always was. Taking care of his community, being a philanthropist, and really promoting financial independence. [It’s] a moral that he taught.”

Another man, Shundale Barnett has also been charged with being an accessory. He was released on Jan. 21 and has gone missing. An arrest warrant has been issued by the Shelby County Sheriff’s Office.

Devin Burns and Joshua Taylor were named as persons of interest by the Memphis Police Department last week in connection to Young Dolph’s murder. A $2,000 reward was offered for their arrests.