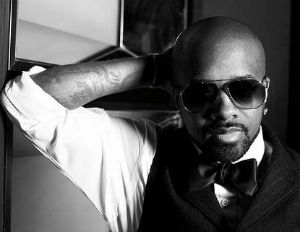 As the president and CEO of So So Def Recordings for the past twenty years — responsible for launching the careers of such notables as Xscape, Bow Wow and Jagged Edge — he says that despite his mountain of achievements there are a few moments he wishes he could take back.

One of them is his hasty departure from his original music home, Columbia Records.

“Being young and arrogant and getting in a room where I had business with people that I didn’t take seriously enough cost me,â€ reflects the former rapper, who began his career as as backup dancer for legendary rap group Whodini. “There were times I was pretty arrogant early on, stepping away from situations because I got frustrated. When I left Columbia Records [in 2002] I probably should have stayed there. The relationship that we had was beautiful. The artists that came out were all successful. There was just that one particular point of time that I felt that we weren’t having that same movement and it was frustrating me and I was letting other things influence me,â€ he says.

“I was going to other labels’ parties and seeing things that I thought Columbia should be doing and I should have just probably not had such an ego and stuck around. Then I probably wouldn’t have had a separation from some of my artists. That’s the biggest setback to me — leaving an artist at one of these labels. It kills the momentum of what you’re building.â€

But there are other career decisions that — despite the criticism he got at the time — J.D. says he’d make over again with no problems.

“Becoming the president of Virgin Records’ [Urban Division] was my biggest business success because it was a job a lot of people thought was a death trap for me. A lot of people thought because Virgin Records wasn’t the label that everybody was going to at the time — it wasn’t Universal, Def Jam or Sony — that I was putting myself in a place where I wasn’t going to have success. I felt like everybody was looking at me like, ‘Jermaine, you’re killing yourself. You’re going to a part that’s dark and you ain’t gonna make it light.’ There was so much dirt thrown when I took that job,” said Dupri.

“But that was the first time that I actually chose to be a president like that — to run a company — so it was a big deal for me. I’m pleased with the outcome. I know what my track record was and I know what I did there. [Having been president] you’ll always have that [increased] sense of confidence to make your next move.â€

Dupri says he’s learned from total strangers the benefits to being a free thinker.

“[Some of my biggest business mentors] I’ve actually never met,â€ he admits. “[Virgin Group founder and chairman] Richard Branson is one. He is not afraid to try new things. Then there’s Quincy Jones, Russell Simmons, Diddy — all these guys that are in the same business as me. I listen to them and watch their moves in a lot of different areas and then tailor my own thoughts about what I see them doing, trying to create what my move will be so it’s not the same but it’s got some of the same looks about it,” admitted Dupri.

“One example of this would be Quincy Jones — his work ethic is crazy. He launched Vibe Magazine. He scored the music for ‘Roots.’ He did ‘The Man in the Mirror.’ He’s diverse in every way. I put him on a level above most other people. That’s the person I look up to the most,â€ he says. “And then Berry Gordy from a record company owner’s standpoint. You put those two guys together and that’s what I’d want to be — those two guys meshed together.â€

One way Dupri is already like Gordy is in his creation of the upcoming So So Def 20th Anniversary Party, a musical showcase in Atlanta on February 23rd. Featuring performances by his original roster of artists, it will proceed a 20-song “Best of So So Defâ€ compilation CD that will be released in June.

“This kind of show hasn’t been done since Motown 25,â€ Dupri says of Berry’s legendary revue. “When I saw [his] I thought, ‘One day I’ll be able to have a concert and all my artists will be able to perform,’â€ he says of the show with Kris Kross, Da Brat, Anthony Hamilton and others. “Of course in the back of you head you never quite believe that but look it us now,â€ he says. “Now we’re here.â€