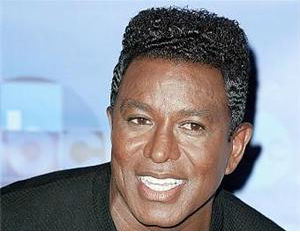 The Jackson Family is no stranger to public familial disputes, so it should come as no surprise that Jermaine Jackson, the third eldest of the famed Jackson clan, is back in court for failing to pay more than $30,000 in court-order child support payments to his ex-wife, Alejandra.

According to newsone.com, “the Los Angeles Child Support Services Department (CSSD) filed court documents petitioning a judge to hold the 58-year-old Jackson in contempt for failing to pay the monthly child support payment of $3,000 for his sons Jermajesty and Jaafar over the course of a year.â€ And while records show that Jermaine has paid $5,621 thus far, he still owes a reported $30,378.

The CSSD says “Jackson is guilty of 12 months of contempt, and is scheduled for a child support hearing in August, by which time, the owed monies are required to be paid. If Jackson fails to meet his court-mandated financial obligations, he could be slapped with a 60-day jail term.â€

Just two years ago, in 2011, Jermaine was in court facing the same problem with his former spouse, except he owed her and his children three times his current amount. The two settled on a reduced payment of $80,000 instead of the court-ordered $90,000, which was said to be paid in full.