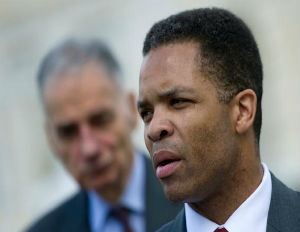 Jesse Jackson, Jr. easily won back his Congressional seat on Tuesday, but now may lose that seat, lose his pension and face jail time, because he misused campaign funds to decorate his home and purchase a $40,000 Rolex for a lady friend.

Jackson has been on a leave of absence from Congress while being treated for the past few months at the Mayo Clinic for bi-polar disorder; but his lawyer is now in talks with the U.S. Justice Department over the terms of a plea arrangement. The terms may include Jackson’s resignation from Congress for health reasons, a guilty plea related to misuse of campaign funds and the repayment of any funds he used for personal reasons, plus his pension is in jeopardy.