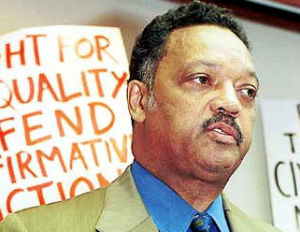 On Tuesday, March 10, the Rev. Jesse Jackson, founder and president of the Rainbow PUSH Coalition, voiced praise about Apple CEO Tim Cook in his leadership to boost diversity in the tech industry.

According to reports, Jackson, who has led initiatives with PUSH to take tech giants to task on diversity and opportunities for African American suppliers and professionals, voiced praise when he spoke at the company’s annual investor meeting.

“Silicon Valley— and African American and Latino communities —are looking for leaders, leaders who will step forward as the Dr. King or John Lewis of this era,â€ Jackson said, according to prepared remarks shared with OnLeadership. “Tim Cook and Apple, I believe, have the vision, commitment and courage to help usher in a new era of diversity and inclusion.â€

This came as reports indicated Apple’s efforts to help level the playing field for minorities, committing to donating more than $50 million into organizations that aim to get more minorities, women and veterans into the industry.

Also part of these efforts is the commitment of more than $40 million to HBCUs. The funds will be used to establish a database of computer science majors at these schools, train students and faculty, as well as offer scholarships and a paid internship.

Several tech giants have been under scrutiny for their lack of diversity, both in the workplace and in the boardroom, and Apple was part of Black Enterprise’s list of “America’s Largest Companies Without Black Directors,” which coincided with the publication’s coverage of corporate board diversity and the issues of African American absence in the top ranks of Corporate America.

Apple is yet another tech giant among several that have recently sought to help drive change, including Intel, which committed to a $300 million “Diversity in Technologyâ€ initiative and has partnered with Jackson’s PUSH coalition, as well as Google, who earlier this year announced at the 18th Annual Rainbow Push Wall Street Project Economic Summit, the Google Small Business Supplier Diversity Program, designed to help minority-owned businesses interact with Google to spur growth both online and offline.