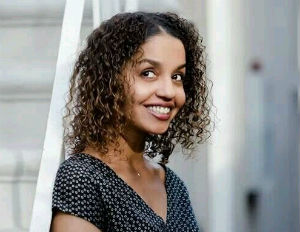 Facing life changing adversity as a child, does not only seem unfair, but extremely overwhelming. Jessica Sutherland, founder ofÂ Homeless to Higher Ed, a nonprofit organization that helps homeless teens get on the path to an education, spent most of her youth homeless and bouncing around from place to place.

As a teenager she knew the feeling of overcoming life’s challenges all too well and while she lived with the secret of being homeless for years; she never let it stop her from achieving herÂ education and future goals.

Sutherland now works as a mentor to homeless children, who, despite being homeless, wish to attend college. With the help of Homeless to Higher Ed, and a very dedicated Sutherland, they’ll hopefully be able to do just that.

BlackEnterprise.com caught up with Jessica Sutherland to discuss how she began herÂ nonprofit, the impact it’s left on her life, and her biggest fears throughout this business venture.

Black Enterprise: Tell me a little about yourself, what you do for a living, and what life has been like since beginning Homeless to Higher Ed?

Sutherland: My name is Jessica Sutherland, I’m 35, I was raised in the southwestern Cleveland suburbs, and I currently live in Studio City, California, with my cat and dog. I’m a graduate of USC School of Cinematic Arts, where I got my MFA in screenwriting, with a focus on television production.

I worked as a producer for three years after graduation before starting Homeless to Higher Ed. I currently juggle freelance jobs both in and out of the entertainment industry while I volunteer full-time for Homeless to Higher Ed. Everything changed after I created #HomelessToHoward. I’m much more Google-able than I used to be, and the first thing you see is that I was homeless for a huge chunk of my childhood.

It’s a big change, since I spent so many years hiding it.Â But honestly, this has been a whirlwind of awesome. I have my own company now, and I have four young people looking to me for advice as they navigate life and college, and many more ready for similar treatment. It’s intense, and I love it. I also have my team at H2H looking to me for guidance and decisions. It’s a lot of responsibility, but it’s great seeing the results. So, what has life been like since beginning Homeless to Higher Ed? Harder and more hectic than it was before, with unexpected struggles, and a renewed sense of uncertainty that I haven’t felt in two decades…yet I’m also the happiest I’ve ever been.