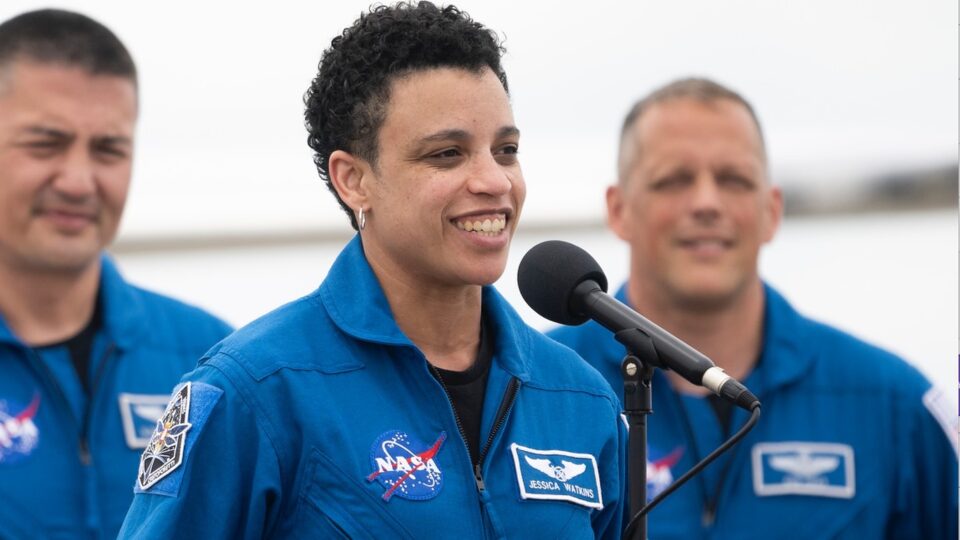 According to NASA, astronaut Dr. Jessica Watkins, 33, serves as a mission specialist on the agency’s SpaceX Crew-4 mission, making history as the first Black woman to journey into space for an extended mission.

This is the fourth crew rotation flight of the Crew Dragon spacecraft to the International Space Station.

Watkins has been training for the mission for 5 years, where she will live and work for an extended stay, per NPR. She was taken to ISS on Wednesday by way of a SpaceX capsule sent out as part of NASA’s multi-billion-dollar Artemis program aimed at returning humans to the moon in 2025, as previously reported.

She, alongside astronauts Kjell Lindgren, Robert Hines, and Samantha Cristoforetti traveled over 15 hours to the ISS from the Kennedy Space Center in Dallas, Texas. The team will stay in outer space for the upcoming six months.

“We have reached this milestone, this point in time, and the reason we’re able to arrive at this time is because of the legacy of those who have come before to allow for this moment,” said Watkins in an interview with NBC News. “Also, recognizing this is a step in the direction of a very exciting future. So to be a part of this is certainly an honor.”

She explained that the mission entails multiple scientific procedures, including physical science – material and combustion – Earth and space science, cell tissue and plant growth, technology demonstrations, as well as human research, as in the effects of long duration in space flight.

During the six-month historic mission, the Stanford University alumnus will also provide maintenance for the ISS. The mission comes five years after Watkins was selected to join NASA’s astronaut program in 2017.

“I think it really is just a tribute to the legacy of the Black women astronauts that have come before me, as well as to the exciting future ahead,” she told NPR right before her mission.

Born in Maryland, Watkins earned her bachelor’s degree from Stanford University and a doctorate degree from UCLA. She interned at NASA before serving on multiple research facilities in California. Additionally, Watkins was a postdoctoral fellow for the Mars Science Laboratory rover Curiosity team in 2017.

Following the footsteps of the legendary Mae Jemison, the first Black woman in space, Watkins is hopeful that the future of space exploration lies in the hands of Black women and other women of color.

while you slept, Jessica Watkins — the first ever Black woman who will serve on a long-term mission aboard the @Space_Station — launched into space as part of #Crew4. She’s 33-years-old, from Gaithersburg, and an American hero 🇺🇸 @SpaceX @NASA pic.twitter.com/7SRJ4KGDpJ