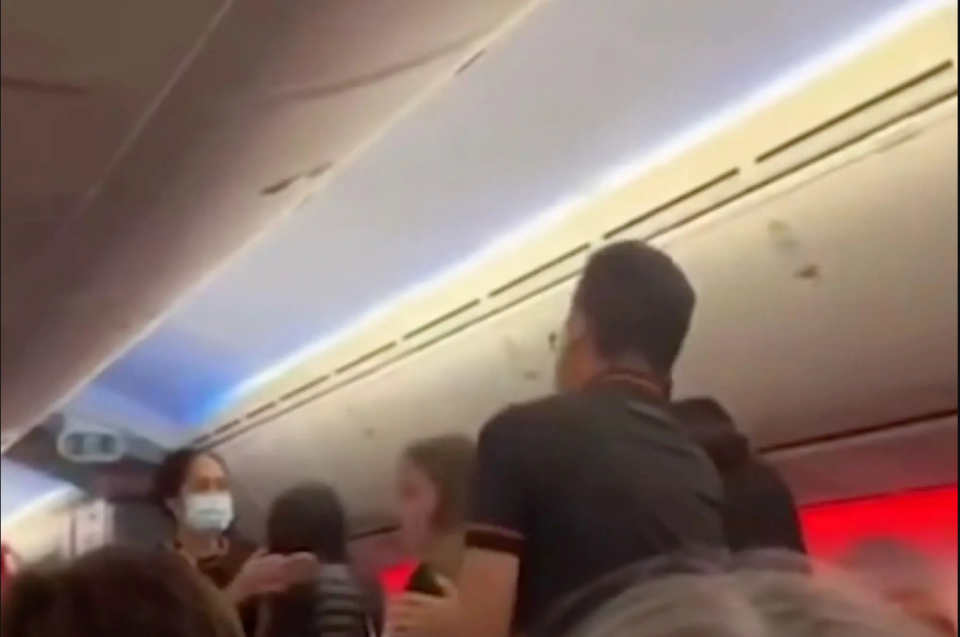 A Jetstar flight of passengers came together to cheer one woman who was removed from the flight after fighting over a window seat.

The New York Post reported that an Australian woman was filmed lashing out at passengers during a flight from Phuket to Sydney. She was upset that she was seated in an aisle seat, not the window. In a rage, the woman started hurling insults at the crowd.

“What’s happening habibi” she said to a camera.

In a separate video, she shouted, “I’m out, I’m out,” while trying to get out of her seat.

“Thanks a f—king lot,” she says in another clip that shows her climbing into the aisle to take things out of the overhead compartment.

While being removed from the flight, passengers started applauding in support of her early exit. After walking away, the woman returned and got in someone’s face.

“What did you call me?” she shouted.

A separate set of passengers stood up to stop her from confronting anyone else. The upset woman turned her attention to one flight attendant and asked, “Am I supposed to ignore it?”

The employee nodded to seemingly let the woman know she was overreacting. The woman continued shouting and pointing her finger at passengers while exiting the flight.

Jetstar released a statement confirming a woman was removed from the flight after becoming “disruptive and using abusive and inappropriate language.”

“An unruly passenger was escorted off our flight prior to take off in Phuket after becoming disruptive and using abusive and inappropriate language towards other customers and our team members,” a spokesperson said.

“Airport security in Phuket was called and the passenger was escorted off the flight. We take safety and security very seriously and this type of behavior will not be tolerated on our aircraft.”