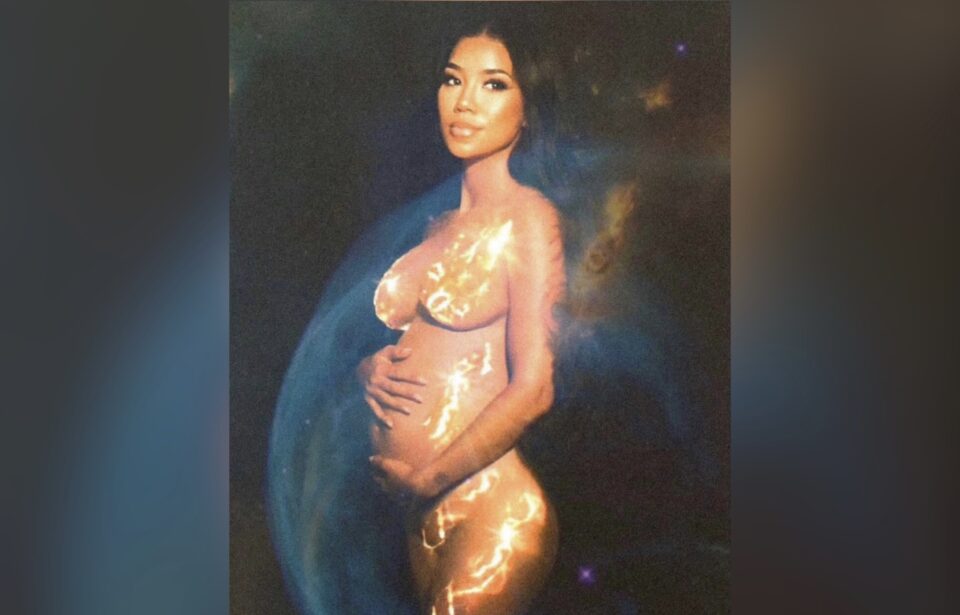 Since the announcement that Jhené Aiko and Big Sean are expecting a baby, fans have been ecstatic to see the Do Better Blue singer glowing with her baby bump.

On Friday, she shared a stunning celestial maternity picture where she appeared nude, glittered in gold, and cradled her stomach.

The 34-year-old posed in front of a galaxy backdrop, in the same kind of boho edits from previous posts.

Her baby’s father commented on her photo, expressing his gratitude to the R&B star.

The couple was first spotted flaunting the baby bump when caught taking a stroll in Beverly Hills at the beginning of the month.

A representative for Aiko confirmed to PEOPLE, “The couple is overjoyed and looks forward to this next chapter.”

Aiko and Big Sean found their way back to each other after having been together on and off since 2016. Since then, they’ve also collaborated on various musical projects.

Aiko is mom to a 13-year-old Namiko Love, who she shares with Omarion’s brother, singer O’Ryan.

Pregnancy rumors began in mid-June when a fan was out shopping at the same grocery store as the pair and tweeted that Aiko was definitely pregnant.

On July 8, Aiko’s 77-year-old dad announced he and his younger girlfriend were also pregnant, in a gender reveal post he uploaded on his Instagram.

“Gender reveal results today 7/8/22,” he captioned the post. Aiko commented, “Congratulations,” seemingly unbothered she and her dad are expecting a baby at the same time.

Many others replied to her maternity pic, overjoyed over the pregnancy.

“My girl. so happy for them,” wrote one user.

Congratulations to the happy couples!