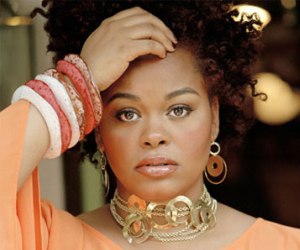 Singer Jill Scott has reportedly signed on to co-star in a new pilot drama called Second Sight, which will be on CBS.

The series stars Jason Lee, who plays a New Orleans detective, who suffers from an “ocular disorder” which causes him to have hallucinations. Scott will play Dr. Callier, the specialist who treats the detective’s disorder.