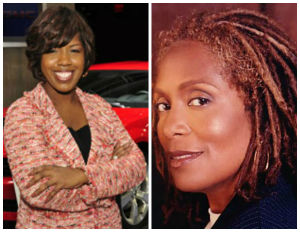 Major executive shakeups have been announced at both General Motors and the Chicago Defender, with two power women taking on prominent leadership roles.

In addition to Jocelyn Allen working to make diversity improvements at General Motors, the Chicago Defender has added a new name to its staff that speaks to the diversity of its executive roster. With years of journalism experience under her belt, Kai El’ Zabar has been named executive editor of the newspaper, making her the first woman to hold that position in the publication’s history.

A native of Cincinnati, Ohio, El’ Zabar served as a staff writer for the paper in the late seventies and has worked as an editor, managing editor and contributor for several publications.

“I am honored to become the editorial visionary for the Chicago Defender as it continues to grow and transform,” said El’ Zabar. “We are on the verge of taking back our rightful place as the voice of the black community in Chicago and invite you to join us in making new history.”