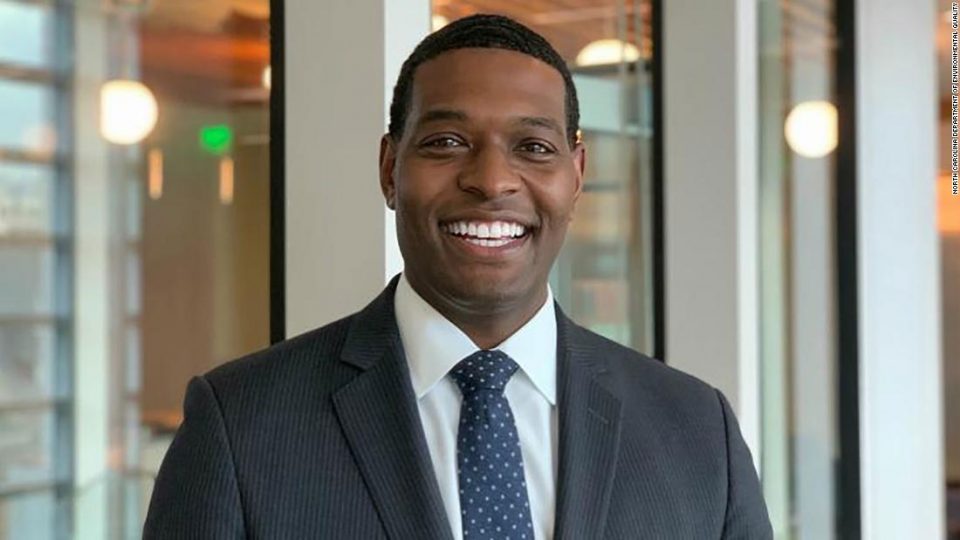 Michael Regan has been selected by Joe Biden to lead the Environmental Protection Agency. (Image: Twitter/@CNNPolitics)

If Regan is confirmed he would be the second Black American to lead the EPA. Lisa Jackson, who served in the role during the Obama Administration, was the first. Regan would also play a central role in fighting the climate crisis, air pollution, and the administration’s move from fossil fuels to renewable energy. Biden promised during his run-up to the election to achieve net-zero emissions by 2050 and to eliminate fossil fuel emissions in the power sector by 2035.

“It signals that the Biden administration is serious about getting the EPA back to its core mission to protect the environment and public health as well as ensure strong, meaningful steps are taken to advance environmental justice issues,” Brian Buzby, the executive director of the North Carolina Conservation Network, told the New York Times.

A formal announcement on the nomination is expected by Saturday, according to CBS News.

Before being nominated, Regan served as the head of the North Carolina’s Department of Environmental Quality, where he negotiated a multi-billion dollar settlement with Duke Energy over a coal ash cleanup. Regan also previously led the Environmental Defense Fund’s efforts to fight climate change and worked for the EPA during the Clinton and Bush administrations.

Regan’s appointment is seen as a positive by progressive Democrats and environmentalists who have praised Regan’s previous work.

“He has certainly had a difficult situation coming in with respect to morale and rebuilding confidence in the staff. He did inherit a difficult situation; his predecessor was pretty destructive to the agency,” Stan Meiburg, a former acting deputy administrator for the EPA told The Hill.

Biden also selected Deb Haaland to be the first Native American Interior Secretary, a move that has received overwhelming praise from progressives including Julian Brave NoiseCat, the vice president of the policy and strategy for Data For Progress.

“We see our moms, our aunties and ourselves in Deb–and now we’re putting our greatest hopes as a people in her leadership,” Brave NoiseCat said in a statement, according to CNN. “After four years of fossil fuel executives and lobbyists opening up Native lands and sacred sites to industry, the next Secretary of Interior will be a Laguna Pueblo woman who went to Standing Rock in 2016 and cooked for the people.”