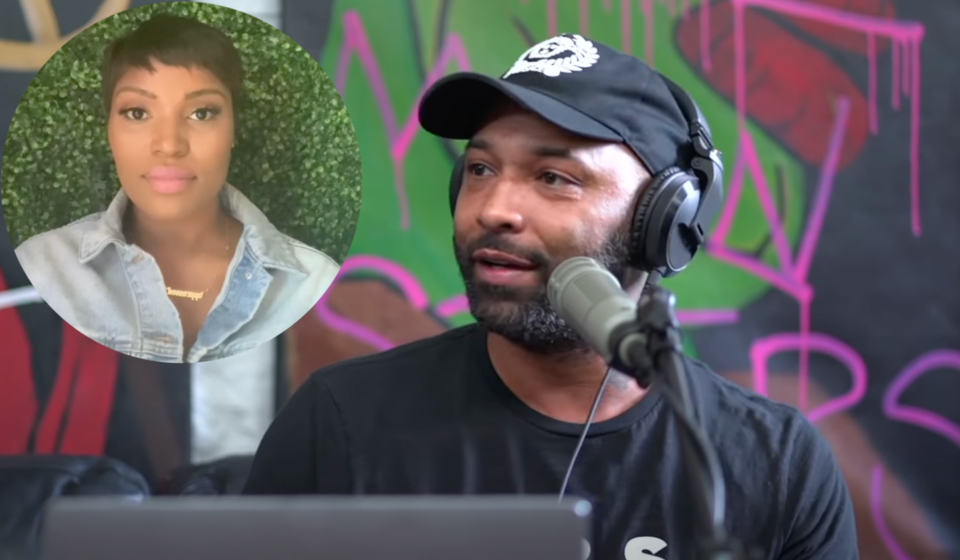 It hasn’t been a good week for podcast host Joe Budden after he had his two co-hosts turn on him and one of his former hosts accuse him of sexual harassment.

On Monday, DJ Olivia Dope uploaded an Instagram video revealing why she left her hosting position on Budden’s “See, The Thing Is” podcast after he “continuously made sexual, suggestive remarks to me that made me extremely uncomfortable, as well as fearful of dampening the mood if I didn’t laugh along.”

“I sat with this for three months, anxiously debating with myself if I feel comfortable enough to express my reasoning for my departure,” she explained. “I am here today, still uncomfortable, but I find the bravery to speak out on a very embarrassing situation.

Olivia provided exact timestamps of the Jan. 21 episode where she says certain things were edited out at his request while others were left in. She accused the “Pump it Up” emcee of making suggestions that they should sleep together and become the network’s power couple, Vulture reports. She also claimed he lauded her for being a standout among the three female hosts due to her sexy outfit.

“Joe says him and I should speak more because he ‘been wanted to f-*k me since we’ve met,” she recalled the New Jersey native saying.

“One of the most difficult things I’ve ever had to express in my life,” she tweeted shortly after posting the video confessional. “The healing begins now.”

Once the video made its rounds on Monday, the former “State of the Culture” host became a trending topic for all of the wrong reasons. As a result, the rapper moved swiftly in released a statement via Rolling Stone where he “sincerely” apologized for his behavior toward Dope, her former cohosts, his staff, and the public, NME reports.

“As a podcaster, it is my job to address topics and create dialogue around them,” the statement read. “During the conversation on the See, The Thing Is podcast I didn’t handle the topics with the sensitivity they deserved. I recognize my words and power in that situation created an upsetting environment for Olivia. Upon reflection, both the network and I take accountability for this.”

He continued: “We support all women’s rights to feel comfortable and protected in the workplace. We fell short of that in this instance. We support Olivia in her quest to heal, applaud her for finding the strength to share her experience, and wish her the best in all her future endeavors.”

Budden noted how he is “taking the time to listen and learn,” adding: “We have already begun to make the necessary changes to ensure this is a safe environment for all moving forward. We at the network endeavor to continue to elevate Black women’s voices and create opportunities to have constructive conversations to impact change.”

Olivia’s testimonial comes amid the shocking termination of his two co-hosts on “The Joe Budden Podcast” where they accused Budden of withholding information about their pay, among other things,” Complex reports. Budden took to his show to publicly fire Rory and call out Mal for siding with Rory.