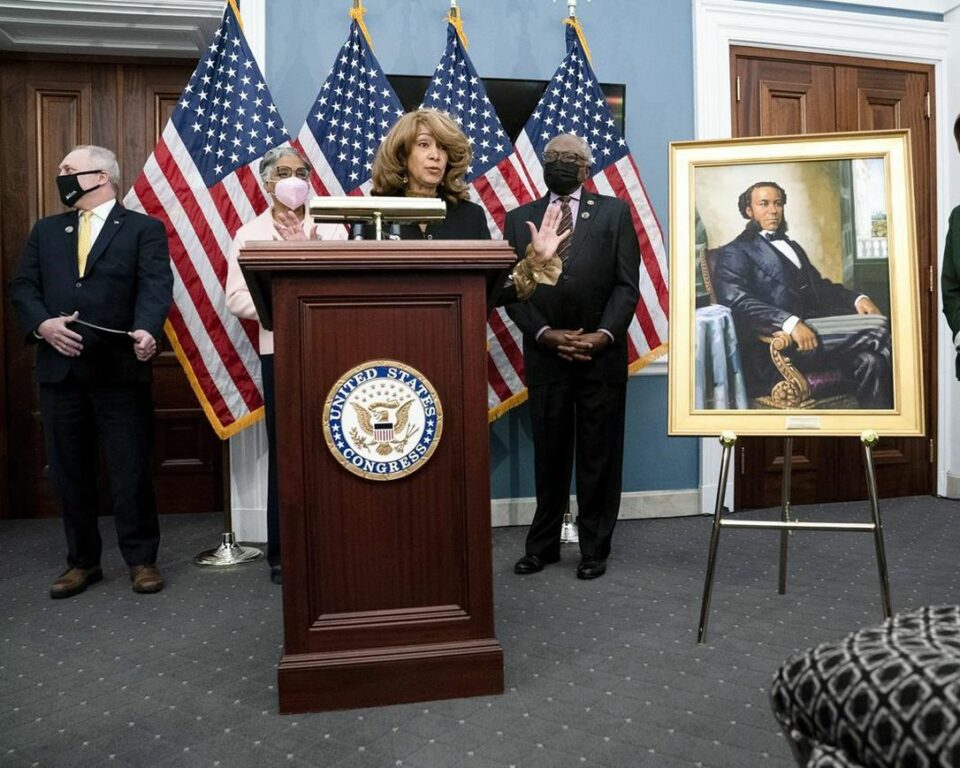 Joseph H. Rainey (1832-1887), who was born into slavery but worked his way to become the first Black congressman in U.S. history, was honored at the U.S. Capitol last week, CBS News reported.

At the ceremony, held earlier this month, room H-150 in the Capitol where Rainey frequently worked, was dedicated to the congressman. A plaque describing Rainey and his career was placed at the entrance. Speaker of the House Nancy Pelosi was joined by Minority Whip Steve Scalise, Congresswoman Joyce Beatty (D-OH), and Congressman Tom Rice (R-SC.).

Rainey was elected on Dec. 12, 1870, after winning a special election. During his time in office, Rainey fought for the rights of his constituents, the freedmen, Chinese railroad workers, and Native Americans.

“Study the history. Know their history,” Rep. Jim Clyburn told CBS News, noting that when he was elected in 1992, he was only the ninth Black American from South Carolina elected to Congress.

“The problem is there are 95 years between No. 8 and No. 9,” said Clyburn, the Majority Whip and third-most powerful member of Congress. “Anything that’s happened before can happen again. Jim Crow happened once and it can happen again. Study the history.”

Rainey has a remarkable story that is not well known. He became a free man when his father, who worked as a barber, bought his family’s freedom with his savings. When the Civil War started, Confederate soldiers in South Carolina put Rainey to work. However, he escaped to Bermuda, where slavery was abolished. Rainey’s wife soon joined him and the two stayed until the end of the war.

Rainey came back to the United States determined to help his newly freed people and entered politics. Last year, the U.S. House unanimously approved legislation to rename a post office in Rainey’s hometown of Georgetown S.C. after him.

After leaving politics, Rainey spent two years as a federal agent for the U.S, Treasury Department for internal review. Rainey retired in 1886 and returned to his home state of South Carolina. At the age of 55, he contracted malaria and died less than a year later.