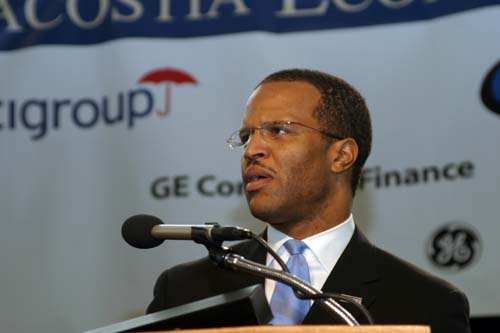 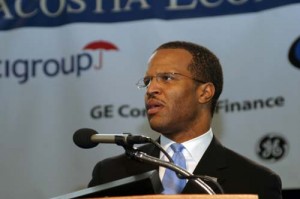 Black Enterprise spoke with John Hope Bryant to learn more about Project 5117, an initiative that is putting programs in place to empower those who earn less than $50,000 a year. Project 5117 features a range of services including credit and debt management, home ownership counseling, and entrepreneurship training.

BLACK ENTERPRISE: What is Project 5117? What was the inspiration?

JOHN HOPE BRYANT: Well, first I’ll start by talking about two other numbers: 1865 and 1968. On March 3, 1865, after President Lincoln signed the Emancipation Proclamation, he signed the legislation that created the Freedmen’s Bank. The initiative of the Freedman’s Bank was to teach freed slaves about money. One of Lincoln’s generals had promised slaves 40 acres and a mule. While it wasn’t Lincoln’s policy, he thought he could accept it. Had Lincoln lived, every freed slave would have had land ownership and access to capital. If that had happened, we would have had a completely different economic landscape for black Americans today. Following Lincoln’s death, the bank fell into disrepair. Frederick Douglass tried to save the bank, but it died on his watch. He said the failure of that bank did more to set freed slaves back than 10 more years of slavery. About 100 years later, Dr. Martin Luther King Jr. and my mentor Andrew Young launched the Poor People’s Campaign in 1968. The focus was on redistributing wealth for all people.

BE: When did Project 5117 officially launch?

BRYANT: It launched last November. It continues until December 2020. It is co-chaired by Dr. King’s daughter Bernice King, Andrew Young, and myself.

BRYANT: We have projected 8,000 locations by the year 2020.That’s 2,000 HOPE Business in a Box Academies, 1,000 HOPE Inside locations (which are HOPE Inside bank branches, HOPE Inside credit unions, grocery stores, big box retailers, houses of faith, and government offices), and 5,000 HOPE Inside Plus locations. Even if 2020 comes and we have only reached 2,000 locations, I would say we still succeeded because 2,000 locations is still ten times the locations of any other platform that serves poor and working class people in this country than anyone else. We are right now at an 82-location commitment in 150 days. Since the global summit we have had 82 locations committed to by our partners, who include some of the biggest names in banking such as PNC Bank and SunTrust Bank. We have agreements with the Consumer Financial Protection Bureau, Microsoft. The federal government is also funding parts of our efforts.

Stay tuned for part 2 of this interview, where John Hope Bryant will discuss the HOPE Business in a Box Academies.