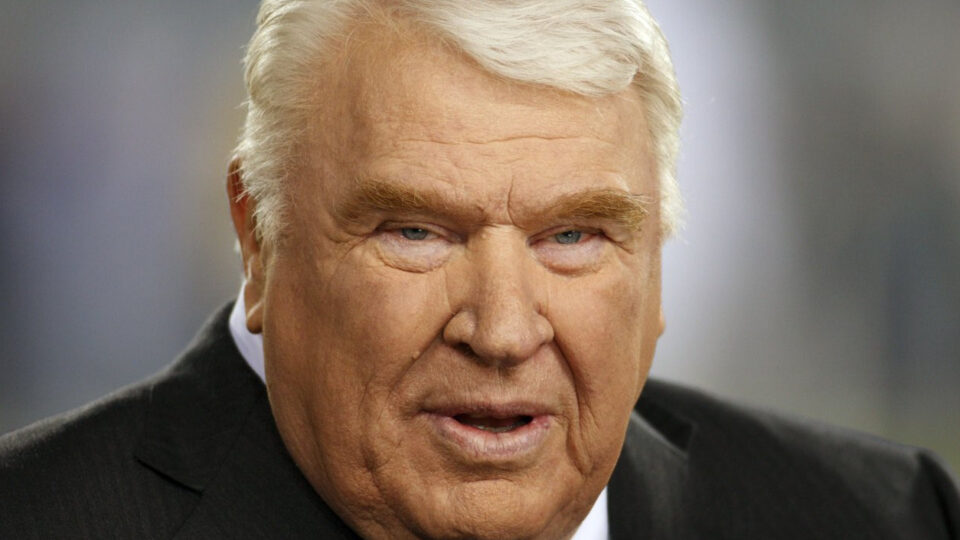 A large sports figure has unexpectedly passed away this week. Legendary coach and broadcast personality John Madden died on Tuesday.

The NFL announced that Pro Football Hall of Fame coach and legendary broadcaster John Madden died unexpectedly on Tuesday morning at the age of 85 years old.

“On behalf of the entire NFL family, we extend our condolences to Virginia, Mike, Joe and their families,” NFL Commissioner Roger Goodell said in a written statement.

“We all know him as the Hall of Fame coach of the Oakland Raiders and broadcaster who worked for every major network, but more than anything, he was a devoted husband, father and grandfather. Nobody loved football more than Coach. He was football. He was an incredible sounding board to me and so many others. There will never be another John Madden, and we will forever be indebted to him for all he did to make football and the NFL what it is today.”

The cause of death was not revealed in the announcement.

Madden was the head coach for 10 seasons with the Oakland Raiders and led the famed franchise to its first championship when the team beat the Minnesota Vikings in Super Bowl XI. Madden had a 103-32-7 regular-season record while coaching in the NFL between 1969 to 1978. At the age of 42, he became the youngest coach in NFL history to win 100 football games and holds the best winning percentage by an NFL head coach (with a minimum of 10 seasons) at .759.

According to Fox News, the legendary coach was recently featured on the FOX Sports documentary All Madden which just aired last week on Christmas. The documentary will air again Wednesday evening. The documentary covered the story behind the scenes of Madden’s coaching days, which included an interview with him, which was his first in more than a decade.

“The Raiders Family is deeply saddened by the passing of the legendary John Madden,” the Raiders said in a statement. “Few individuals meant as much to the growth and popularity of professional football as Coach Madden, whose impact on the game both on and off the field was immeasurable.”

The Raiders Family is deeply saddened by the passing of the legendary John Madden.