John Rogers Opens Up About His $10.5 Million Gift 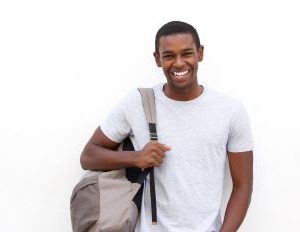 The greater part of the gift establishes and endows the Ariel Investments Internship Program in Finance at the University of Chicago.

“The bulk of the gift is earmarked toward creating scholarships for African American students at the University of Chicago, that they have paid internships in endowment offices throughout the United States,â€ Rogers, a university trustee, told me last week.

“So it’s paid internships to give these young people a chance to learn all about the financial services world and career opportunities in financial services. This is an area where our community has been locked out for so long.â€

Rogers stressed the networking opportunity such internships could provide. Students would “get to meet and connect with all the money managers that manage those assets, the private equity people, the hedge fund people, the venture capital people. Our community typically doesn’t get exposed to those career paths. That was the primary idea behind the bulk of the gift. It was to create opportunity for our community to be exposed.â€

The need is dire. Rogers told me that he and his team couldn’t find five African American chief investment officers of major endowments in the country. “Literally, we couldn’t find five.â€ Rogers’s gift aims at increasing that number.

The second part of the gift, Rogers explained, will support the extraordinary work Ariel has been doing for the past 20 years.

Ariel Community Academy, a K-8 public school–not a charter–on the South Side of Chicago, has taught 600 African American students the intricacies of finance. Of the gift, $4 million will provide scholarship support to selected students who graduate from Ariel Community Academy, allowing them to attend the University of Chicago’s esteemed Laboratory Schools for high school.

Rogers is an alumnus of the Lab Schools and chairs its board.

The gift includes a portion of unrestricted support.