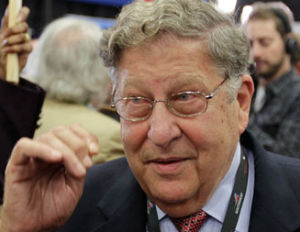 John Sununu, the former governor of New Hampshire and a top surrogate for Mitt Romney, told CNN’s Piers Morgan that Colin Powell’s endorsement of President Obama was because they are both black.

“Frankly, when you take a look at Colin Powell, you have to wonder whether that’s an endorsement based on issues or whether he’s got a slightly different reason for preferring President Obama,” he said.

After Morgan asked him what that reason might be, Sununu responded: “I think when you have somebody of your own race that you’re proud of being president of the United States, I applaud Colin for standing with him.”

Sununu hasÂ a history of making racialized remarks about Obama: he’s called Obama ‘foreign,’ ‘lazy,’ and has said the president ‘just wants to be cool.’