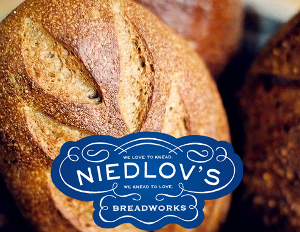 This year, John Sweet and his wife Angela are celebrating an anniversary many small businesses never reach. For 10 years they’ve been baking bread at Neidlov’s Breadworks, a bakery in Chattanooga, TN.

The Sweet’s launched their bakery 9 months before they were married and worked side-by-side for 18 months until their son was born.

“I started hiring people, we bought a building in which to permanently relocate, and the bakery grew a lot,” said Sweet. “Two years later we almost went out of business.Â  But then we recovered, became profitable again, and continued growing.”

The bakery now sells a million dollars worth of bread annually, employs a small team of about 25 people. Neidlov’s Breadworks has also become an anchor in the urban revitalization ofÂ Chattanooga’sÂ Southside.

After looking back at all the trials, tribulations and successes he and his wife pulled in their first few years, here are ten lessons that John Sweet has learned in his 10 years running Neidlove’s Breakworks, in his own words:

1.Â Be cautious about investors

Finance your business with savings. If you need more money, borrow it. Your growing business is always worth more to you than it is to anyone else. We borrowed cash from a good friend, father in law, aunt and uncle, a business associate, three banks and a local alternative financing institution. But we never sold shares of the business.

2.Â Don’t buy stuff until you need it

I mean until youÂ really need it. It is often said that most businesses don’t make it because they’re “undercapitalized” or they “can’t finance their own growth.” I think if they bought less, they wouldn’t need so much capital. I mixed the dough by hand until it was so much that I physically couldn’t do it any more. Then we bought a mixer.

Once or twice. There is great value in looking back at how rough things used to be. It keeps your perspective positive.

4.Â You need an advocate

Someone besides yourself who will talk the talk, has some answers, loans you money, finds you clients, sells your stuff, knows bankers, and won’t stop telling people that they’ve got to meet you or try your thing. Two or three of these is better than one.

5.Â Spouse as a business partner is not always a bad idea.

It works for us and it might be right for you. It can be dramatic though and a high capacity for conflict is certainly required. For us, the inherent risks are outweighed by the many practical and intangible benefits.

FacebookTwitterYoutube
← How to Turn Your Customer’s Holiday Gifts Into a Marketing Tool ← TSL: The Incredible Life and Trying Basketball Times of Kobe Bryant
×