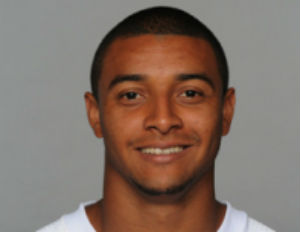 Miami Dolphins safetyÂ Jonathon Amaya was arrested in Miami Beach at 4am this morning after he allegedly choked a cab driver, TMZ reports.

According to the police report, the 24-year-old had given the cab driver $100 bucks to take him outside of the driver’s usual area but during the ride, the 6’2″, 185 lbs NFLÂ player got “aggressive.”

The taxi driver told police he tried to kick Amaya out of the cab, and offered to return the $100, but Amaya refused. Instead, the cab driver says Amaya “leaned forward and wrapped his hands around his neck and started choking him.”