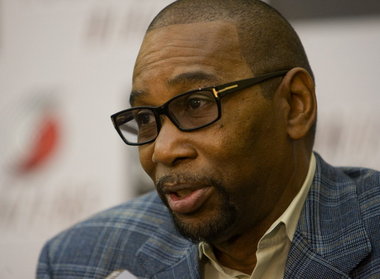 Nike and Jordan Brand have announced a plan to launch the first-ever exclusive brick-and-mortar retail stores, ending months and perhaps years of speculation about the future of the brand’s e-commerce focused strategy — underlining a long-held belief that the division’s future vitality lied in diversifying consumer access and brand awareness.

“We’re excited to launch North America’s first Jordan Brand exclusive retail experience for athletes at the top of their game who demand the absolute best in both performance and style,â€ Jordan Brand President Larry Miller said in a statement. “We will work with Footaction to bring Flight 23 to markets across North America, and can’t imagine a better place to start than one of the best basketball cities in the world, New York.”

The store, being dubbed Flight 23 at West 34th Street between 7th and 8th Avenues, is in partnership with Footaction, Nike said.

On behalf of Mr. Miller, a Nike spokesman said the brand wouldn’t have any additional comment until the store’s opening.

In it, Nike refers to a barrier in front of the future location. “Behind that barrier, the Jordan Brand and Footaction teams are hard at work creating a Jordan-only retail store, the first in a series of planned premium Jordan retail experiences coming to North America.â€

The announcement comes as the market shifts more in the direction of flagship stores and locations branded as brand experience as much as they are centers of commerce. Under Armour is due to launch the UA Brand House at a flagship location at 583 Broadway in the SoHo neighborhood of Manhattan. Under Armour signed a 15-year deal for the space (previously occupied by ESPIRIT) which features nearly 13,000 sq. ft. of retail space over two floors, and an additional floor for storage. Adidas and the NBA also have flagships stores in Manhattan.

For Jordan Brand, with offices on Nike’s sprawling campus in Beaverton, Ore., New York City has become a second epicenter. Both Carmelo Anthony and Joe Johnson, members of the New York Knicks and Brooklyn Nets, respectively, are endorsers. It released the Jordan XX8 shoe in Manhattan, and more recently feted Mr. Anthony’s tenth year with the brand by releasing the Jordan Melo M10 shoe.