Jordan Peele's 'Get Out' Proves the Need for Diversity in Hollywood 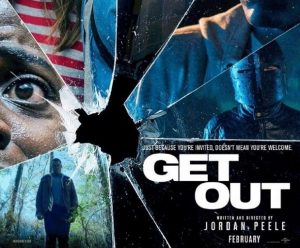 Jordan Peele’s Get Out will make you cringe, scream, and feel incredibly uncomfortable–and apparently, people can’t get enough of it.

Since it’s release on February 24, the socially conscious horror flick has raked in over $117 million, as of March 15. This makes Peele the first African American writer and director to earnÂ over $100 million at the box office with a debut feature film. To top it off, Peele reached this benchmark in just 16 days.

I had a chance to see Get Out earlier this week, and I must say, the film lives up to the hype. The movie puts a dark, satirical twist on racism and makes a number of historical references like, for an example, a 21st century slave auction. Get Out also adds a dose of humor and originality, all while operating on an impressively meager $4.5 million budget.

Peele’s high grossing breakout film is just one example of a movie with a leading black actor(s) that has been widely receivedÂ and praised. Hidden Figures–a movie about three black female mathematicians working at NASA–earned a whopping $163.1 million. In comparison, La La Land racked up $148.6 million, while Jason Bourne brought in $162.4 million.

In an interview withÂ NBC News, Stephane Dunn, associate professor and director of the Cinema of Television & Emerging Media Studies program at Morehouse College, said, “Hidden Figures is yet another movie that is exposing the lie that black oriented stories do not resonate. It is a movie that has added additional evidence to the contrary. It’s a strongly cemented ideal that black stories are not universal, but it is proving further how universal the black experience is.”

After Hidden Figures reached the No. 1 spot at the box office during its opening weekend, actress Taraji P.Â Henson made note of the phenomenon of black movies in anÂ InstagramÂ post, writing, “I have been told my entire career, ‘Black women can’t open films domestically or internationally.’ Well, anything is possible.â€ She added, “Most importantly this proves that PEOPLE LIKE GOOD MATERIAL. HAS NOTHING TO DO WITH GENDER OR RACE.”

Meanwhile, Moonlight, another surprisinglyÂ successful film with a black cast, went on to win an Oscar for Best Picture, .

Yet, despite these examples, the amount of diversity in Hollywood remains scarce. According to a newÂ reportÂ published by the Ralph J. Bunche Center for African American Studies at UCLA, onlyÂ 10% of films released in 2015 had non-white directors, and just about 5% had non-white writers. Needless to say, we still have a long way to go.