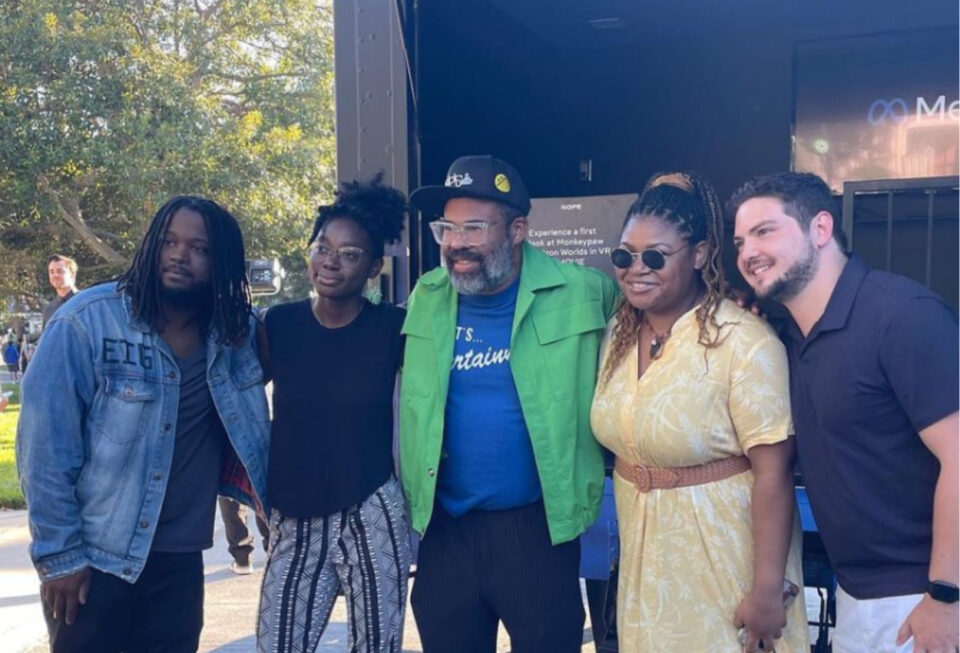 Jordan Peele is utilizing all social networking platforms to spread the word about his newest thriller hitting theaters on July 22, NOPE. The famed Get Out filmmaker introduced a new virtual experience through Meta’s Horizon Worlds, crafted for fans of thriller films.

As part of the experience, Meta Quest 2 headset users can explore a virtual reality (VR) environment based on Peele’s upcoming film, NOPE, and his entire Monkeypaw universe.

The multiworld, social VR experience in Horizon Worlds begins in Monkeypaw Productions: All Aboard, where users take a train that transports them to other worlds themed around Peele’s popular films Get Out, Us, and NOPE.

Users take part in the interactive experience by searching for film Easter eggs before arriving at NOPE World, where they can explore the world with other visitors, play games, and enjoy other interactive elements.

“Together, we worked with a group of diverse creators who built a stunning world where fans can come together to explore NOPE and other Monkeypaw films, including Get Out and Us,” Alex Sanger, executive vice president of Global Digital Marketing for Universal Pictures, said.

Monkeypaw Productions made it clear that they wanted to work with diverse, emerging creators for the project, which aligned with Meta’s goals toward creating accessible entry points into the future of tech for historically excluded communities.

World Builder Ashley Briley was the lead creative on the project. Meta contacted her directly after catching wind of her “Den of Horrors” experience, building up traction and excitement in the Horizon Worlds community.

But, as soon as Monkeypaw and Universal saw Briley’s “Den of Horrors,” they were instantly blown away and asked her to become the creator of NOPE World. After learning the VR experience would be for Jordan Peele’s NOPE, Briley rushed into action and formed a group of diverse creators, including Samantha Nunoo, Matt Torres, and Kevin Dixon.

Dixon, a native of Cleveland who works as an artist, musician, producer, and builder in Horizon Worlds, has become immersed in the VR world and its potential to unite people from all walks of life.

“My goals for the future are to help bring VR to the light and to help shape a new world in virtual reality,” Dixon said.

“I create not only to explore my imagination, but to make fantasy come to life.”

The virtual worlds are part of a joint effort between Monkeypaw Productions and a diverse team of veteran creators from the Horizon Worlds community.